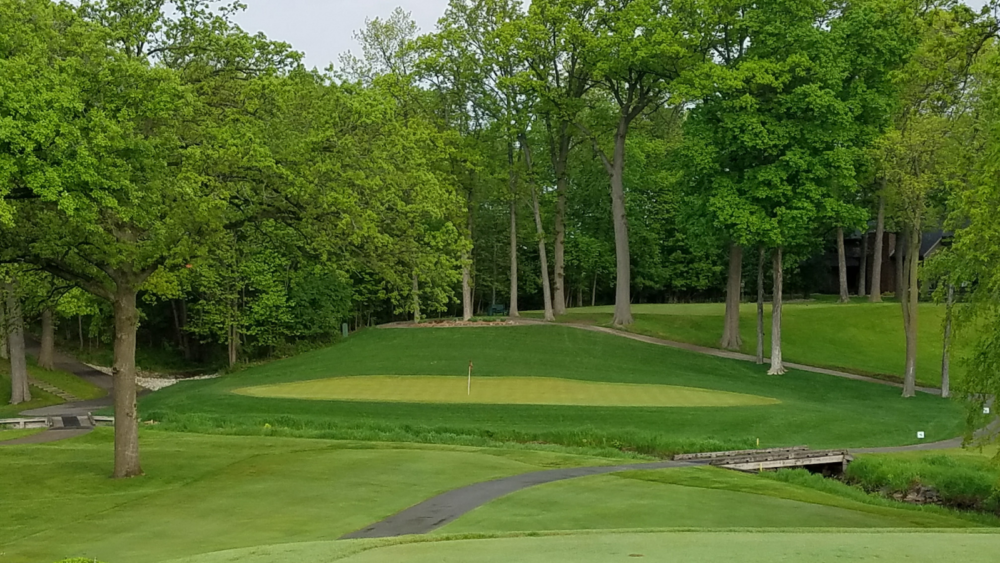 By Pat Jones | The Schmidt’s have been caring for Butte des Morts Country Club for nearly a half-century and clay soils have always been their nemesis. That changed when Redox came along. Now Tim Schmidt says, “It’s the best decision I’ve ever made for plant health.”

I’m not sure how I got to be this old without knowing the whole story of the Schmidt family at Butte des Morts Country Club, but here we are.

The Appleton, Wisconsin, club is nearly a century old – surviving many challenges along the way – and is highly regarded around the state for great views, friendly staff and immaculate greens.

One of the things that’s unique about the place is the Schmidt family. There have only been four superintendents in the history of the place and Schmidt’s have been half of them.

First Steve Schmidt, a Wisconsin turf legend who became super there in 1982, and now Tim Schmidt who followed in his dad’s footsteps five years ago. And, to top things off, Tim’s mom Cheryl has been the horticulturist for the club for decades. Even Tim’s sister – now an assistant school principal in nearby Sheboygan – worked at the club along the way.

What’s not unique to the club is the challenge presented by growing turfgrass in lousy soils in northeastern Wisconsin.

“Our biggest problem is we are 100% clay,” says Tim Schmidt. “It’s like molding clay. It doesn’t get much stickier and gummier than what we have up here.”

They also have two creeks that flow through the course and periodically overflow their banks into the lower 32 acres of floodplain. “It’s a double-edged sword because the elevation change is beautiful and a real visual focal point but, with varying weather conditions, the clay makes it tough for us to get carts out and keep quality playing conditions going. That’s the thing that historically caused us the most headaches.”

Things changed seven years ago when he and his dad discovered TurfRx PeneCal. “It’s been an absolute game-changer for us,” says Tim Schmidt.

He credits Steve Tatro of area distributor T.I.P. for suggesting the solution. “He knew about our clay and elevation issues said we should try it,” says Tim. They started in late August of 2014. They put PeneCal down in the areas with the worst problems. “We stayed religious with it, like you have to do with any product, and Steve told us to be patient.”

They sprayed every two weeks and by just the fourth app they began to see a difference. “My dad and I kind of looked and didn’t believe it at first but it was clearly better,” says Tim.

Cautiously optimistic, the next year they sprayed every two weeks on fairways and tees at a modest rate and they saw great results.

Over the years the program has evolved to include greens, fairways and tees every two weeks using higher rates in the spring.

He also started putting a healthy dose of PeneCal out with his snow mold application. “Frost was gone, water was gone. We previously had quagmire conditions in the fall. Not anymore.”

He also adds TurfRx Ca and Fairway+ in the tank for fairway snow mold applications and includes TurfRx Supreme and NatureCur in that mix for putting surfaces. “The old thought was everything stopped around Sept. 15, but I just keep applying everything right up and through snow mold. Those microbes in the soil are still alive so I want them thriving instead of declining.”

Was he skeptical at first? “I have a four-year degree from Michigan State and you’re mostly taught the conventional wisdom of N, P and K so I was a little skeptical. But when roots are going down 15 inches in clay in your fairways, there’s a lot to be said for that.”

In short, Schmidt is all-in: “I’m so impressed with the Redox products we’ve been using. They’ve become an important part of my program up here. From an applied product standpoint, it’s the best decision I’ve ever made for plant health.”

And it shows in playability. “One of the best compliments was from our golf professional who’d been at some great clubs who said, ‘These are the best fairways I’ve ever played on.’ When you get a compliment like that it means a lot. And Redox is a huge reason why they’re the quality that they are.”

He continues to experiment with PeneCal around the course. “We like it so much we put it on green banks the past three years once a month. It’s an extra six acres but we find a way to afford it because it helps so much. I wish we could spray it in the roughs all the time. It would be great to deal high cart traffic areas. I’d be spraying it everywhere if I could.”

Final thoughts? “What’s been amazing for me is that I sleep better I night. I don’t worry about turf quality. Yes, we still worry about staffing or the weather or whatever. But for me…the plant health side of it? I honestly don’t even think about it. That’s the difference these products have made for me the past seven years.”