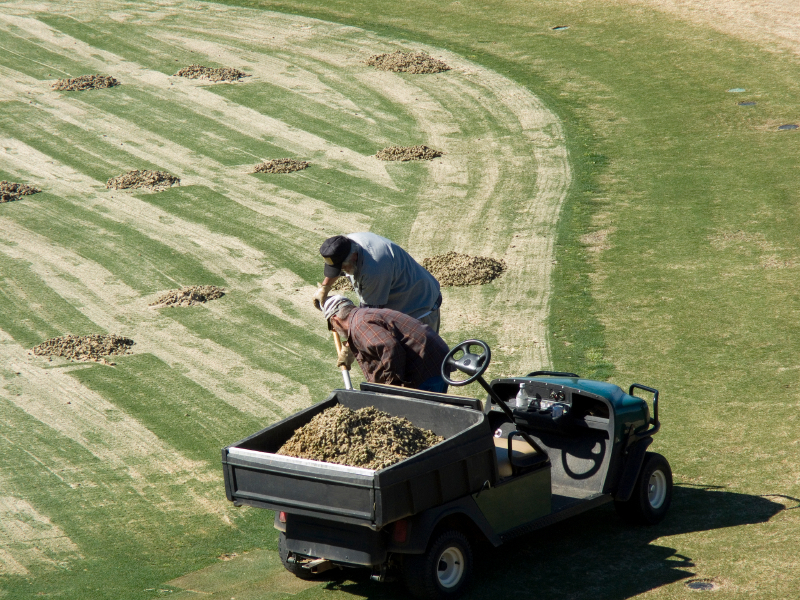 From turgrass management to agriculture, aerifying soils is an important cultural practice for most growers. Aerification reduces compaction, increases water and nutrient absorption, and plays an important role in balancing organic matter in the soil.

Though the numerous benefits of aerification for plants and soils are well-documented, a new study has shed light on an unexpected benefit: cleaner air.

A report in the April issue of Chemical and Engineering News cites research from William R. Horwath of the University of California, Davis that comes as a bit of a shock.

Horwath and colleagues studied production of compounds from three soil types fertilized with urea or ammonium sulfate under different oxygen concentrations. They found that lower oxygen levels yield more NO and N2O, the opposite of what researchers previously believed on the basis of indirect measures of oxygen availability.

Horwath concludes that aerating soil could become a key strategy for reducing agricultural emissions of these atmosphere-damaging nitrogen oxides. So as you begin your aerification program this year, remember that it will be more than your soil that receives a breath of fresh air.