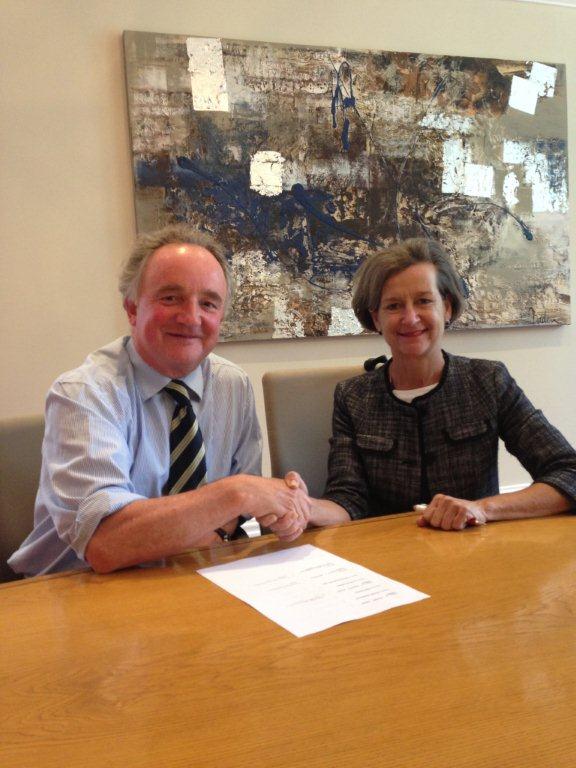 Aquatrols Corporation of America, the world leader in soil surfactant technology, is pleased to announce that it has acquired Farmura Environmental, Ltd. Based in the United Kingdom, Farmura Environmental supplies the European market with a range of industry-leading turf products and has served as Aquatrols’ principal distributor in the UK since the companies first formed a partnership in 2007.

“We are excited to officially bring the Farmura staff and product line into the Aquatrols family as we continue to change the way the world grows.”

According to Aquatrols President Tracy Jarman, the acquisition of Farmura is the result of a natural evolution of the relationship between the two companies.

“Our close relationship with Farmura has been central to our impressive growth in the United Kingdom over the past seven years. We are excited to officially bring the Farmura staff and product line into the Aquatrols family as we continue to change the way the world grows,” said Jarman.

Nick Gadd, Aquatrols Director of Global Marketing commented that, “The friendly acquisition of Farmura by Aquatrols strengthens both companies, and prepares us for strong growth within Europe and beyond. It will also allow for the development of Farmura’s existing and future product lines into new markets.”

Farmura are well known in Europe for their unique line of liquid organic fertilizers, particularly their market leading brand Porthcawl. Farmura products are also used on seven of the nine Open venues in the UK, highlighting their performance and reputation.

All Farmura and Aquatrols staff will be retained following the acquisition. Jonathan Harmer, principal owner and Managing Director of Farmura, will continue to lead his staff in the United Kingdom. Mr. Harmer recognized the acquisition as an opportunity to expand on his father’s vision for the company.

“When my father took over the company in 1971 he envisioned a strong, ethical company supplying balanced management techniques and environmentally conscious solutions for the agricultural, horticultural and amenity industries. This opportunity with Aquatrols is the natural development of our current partnership, and will allow us to expand into areas faster and more effectively than we could otherwise have done,” said Harmer.

Aquatrols is the world leader in the development of cutting-edge soil surfactants and other specialty technologies used in the professional turf, ornamental, and agricultural industries. Family owned and operated since 1954, Aquatrols has committed itself to changing the way the world grows by developing and supplying innovative solutions for sustainably managing soil, water and plant interactions. For more information on Aquatrols and its products, please visit www.aquatrols.com.

Founded in the mid-1960s, Farmura has been owned by the Harmer family since 1971. Fueled by a commitment to research and development, the company introduced a number of innovations into the European market and was among the first to recognize the true value of liquid fertilizers. With the addition of the Aquatrols’ range of soil surfactants in 2007, Farmura firmly established itself as a leading environmental products company. Farmura is pleased to join the Aquatrols family and contribute to their mission of changing the way the world grows.