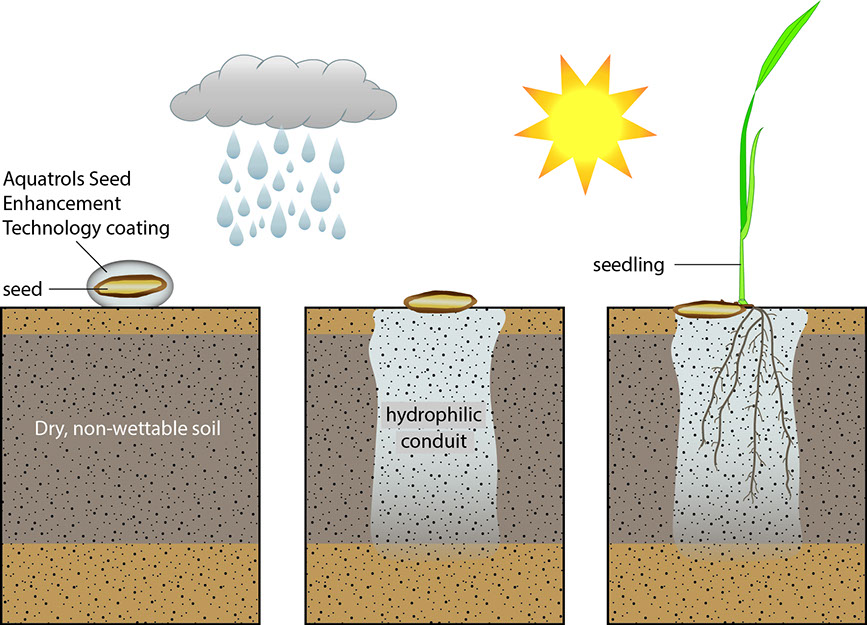 Aquatrols is pleased to announce that its innovative Seed Enhancement Technology has been granted patent protection in Australia.

“This marks a significant step for us as we begin to introduce this technology on a global scale.”

This is the second significant patent issued for the technology in 2015. Aquatrols received a patent in Japan earlier this year and expects global intellectual property protection for the technology in the near future. The inventor named on the Australian patent is Dr. Matt Madsen, Research Ecologist at the USDA’s Agricultural Research Service and long-time Aquatrols cooperator.

Dr. Madsen expressed excitement about the Australian patent and the future of the surfactant seed coating technology overall.

“I am delighted that we now have a patent in place in Australia. This marks a significant step for us as we begin to introduce this technology on a global scale,” said Madsen. “The patents issued this year in Japan and Australia have reinforced my belief that our work in optimizing seed performance using simple strategies can change the way the world grows,” he added.

Aquatrols Seed Enhancement Technology has shown to significantly improve seed establishment under deficit irrigation conditions and aid seed germination in water repellent soils in replicated studies worldwide. The technology is expected to have widespread applications in the turfgrass, agricultural, and native seed markets.