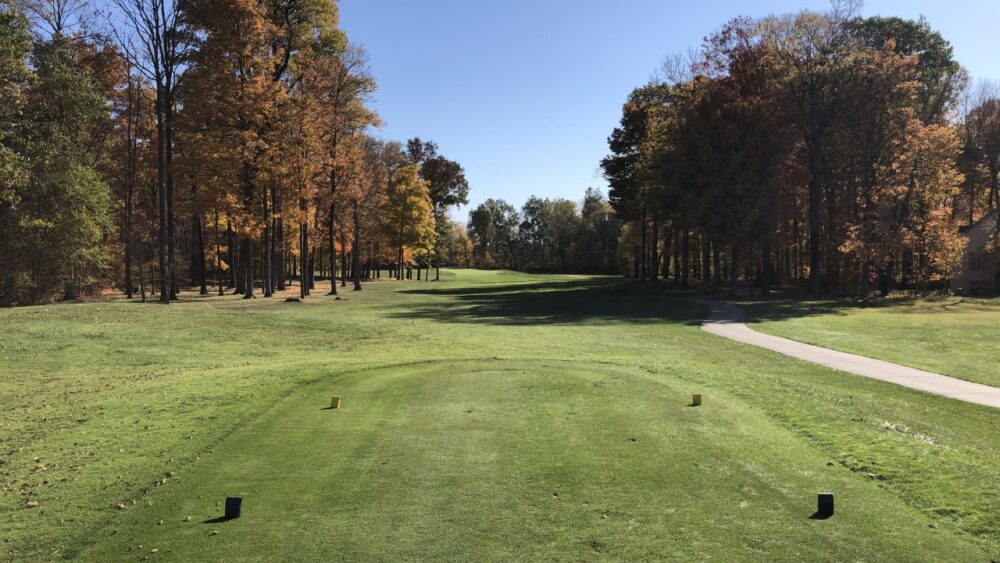 By: Pat Jones | Paul Golliff was able to conquer wilt and shed some turf anxiety thanks to Zipline and advice from his Aquatrols rep.

Even at age 60, the lessons Paul Golliff learned decades ago working for Brian Chalifoux at Olympia Fields still resonate with him. One of those lessons was frugality. “I hate spending our owners’ money when we don’t get a return on it,” he says.

That’s just part of the philosophy he’s developed since he started his career on the crew at Lake James CC in Angola, Indiana, in 1977. He’s an Ohioan by birth, but has spent most of his professional life at Bridgewater GC (and its now closed sister course, Greenhurst CC) in Auburn, Indiana. He says he owes it all to his wife Kathy for putting up with him all these years and credits working for Chalifoux and Brent Emerick with filling in the gaps that his turf degree from Umass didn’t teach him.

He also credits Greg Lovell of Aquatrols with changing his life – Seriously. (We’ll come back to that in a minute.)

In northern Indiana, Golliff faces classic cool-season turf challenges plus clay soils. Dollar spot is his biggest disease issue but historically he was constantly fighting a losing battle with wilt. He lived on the end of a hose throughout the summer.

Then along came Greg Lovell, an assistant superintendent turned agronomic rep for Aquatrols. He and Golliff immediately bonded, in part because Lovell had also worked for Chalifoux at Ft. Wayne CC. “Brian pumped out some tremendous people over the years and I think Greg is one of the best of the bunch. He’s the salt of the earth – super smart but can sit and relate to normal folks like me.”

Lovell’s teaching approach was simple: “He walked us through the Aquatrols products and showed us how to use them but also how to really make them work.”

And the outcome? “Zipline literally changed my life. It basically eliminated our need for hand-watering. Even this summer when it was extremely dry, watering was minimal. Zipline changed everything.”

How? “Honestly, it’s almost impossible to describe. Before using Zipline I was really struggling to keep green grass and keep it firm to play on, and if I let it dry out it would just immediately start turning brown. They’re A-4 greens and collars and it took forever to recover. When A-4 wilts, it’s trouble. But not anymore,” he says with a laugh.

Did it eliminate anxiety? “It really has. That’s why I say it changed my life. I really went from probably a miserable person trying to grow grass to being relatively successful at it. I’m 60 now and I don’t need that kind of aggravation! That’s why Zipline has mattered so much.”

It also eliminated a lot of labor, so now he can focus more on his people and on other demands: “We have 600 acres, a golf course, real estate and 28 ponds to take care of. It’s pretty much me and a great crew so hand-watering all day wasn’t an option.”

What do you tell your superintendent friends about the program? “I would say to spray it once a month April through October at 9 oz/1000 sq ft. Be very careful when spraying and make sure the tech is careful and gets it on evenly everywhere. Water it in two days in a row. And that’s it. It will just eliminate the problem. Your turf will be so much healthier, and it won’t wilt out on you. It’s simply the best I’ve ever tried by far.”

Any thoughts about refining your approach? “I would say now, at the end of my second year, I’m going to stick with this program for the foreseeable future. My greens are the best I’ve ever had. My conditions on Nov. 1 were incredible. So, I’m not going to change a thing on greens but I am going to try to improve my tees and fairways where I can. If I have extra money, I’m going for it!”