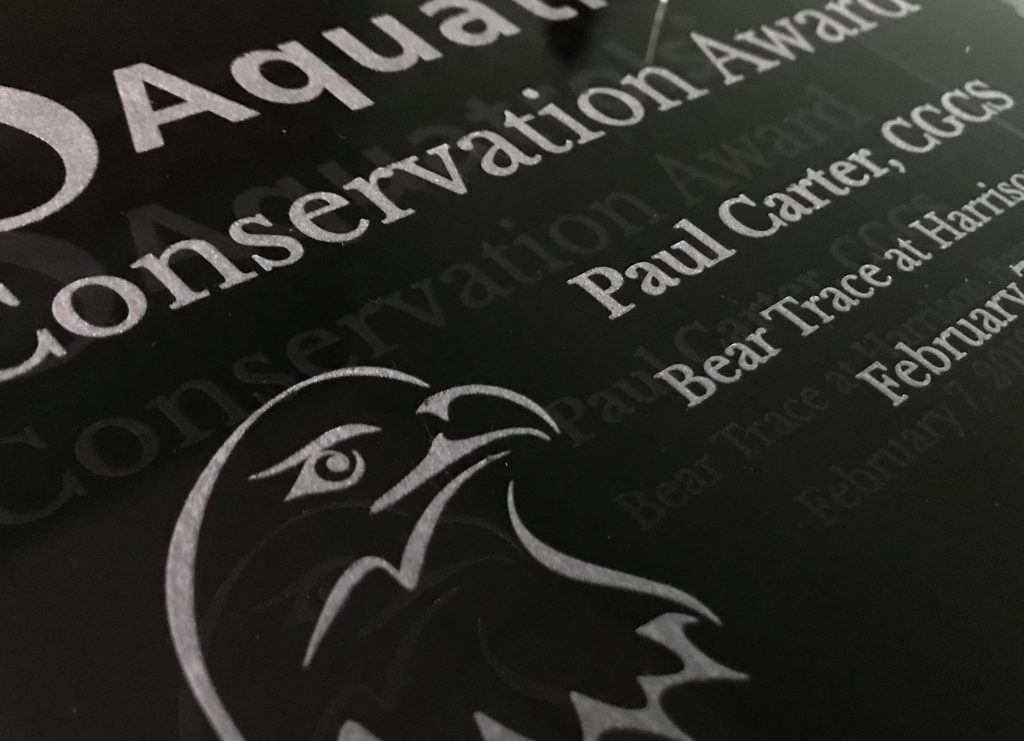 At Aquatrols conservation is central to everything we do. Since introducing the world’s first commercially available soil surfactant more than 63 years ago, we have dedicated ourselves to developing and manufacturing technologies to improve the relationship between soil, water, and applied inputs.

Our products help growers around the world reduce the amount of water and energy needed to grow healthy plants. However, our involvement in conservation efforts doesn’t end there.

We’ve set out three goals as a company when it comes to conservation: to continually innovate, improve, and inspire.

It’s that last word – inspire- that led to the creation of the Aquatrols Conservation Award. The award was established in 2018 to recognize golf course professionals for implementing and communicating effective conservation strategies.

We’re proud to announce that the winner of the inaugural Aquatrols Conservation Award is Paul Carter, CGCS at Bear Trace at Harrison Bay.

Carter, who has been at Bear Trace for the last 16 years, will be recognized Wednesday, February 7 during a presentation at the 2018 Golf Industry Show in San Antonio, Texas (Booth #5097).

Carter’s additional accolades include the President’s Award for Environmental Stewardship by the Board of Directors of the GCSAA (2015), GCSAA national public and overall Environmental Leadership in Golf Award (2013), TurfNet’s Superintendent of the Year (2011), and four consecutive regional awards for environmental leadership (2009 – 2012). He holds a bachelor’s degree in Horticulture-Landscape Design from Auburn University.

Under Carter’s management, Bear Trace has earned the Governor’s Environmental Stewardship Award twice (2009, 2012), was designated a Groundwater Guardian Green Site, and reduced its chemical and water use by 75 percent with a variety of conservation programs.

“Golf course superintendents are some of the leading stewards of the environment in our society, and too often their conservation efforts go unnoticed,” says Matt Foster, President and CEO of Aquatrols. “Paul’s dedication to making better use of natural resources and applied inputs mirrors our mission to pioneer new methods that advance conservation and health for agriculture, turf, and horticulture. We’re proud to name him the inaugural winner of the Aquatrols Conservation Award.”

Paul will be recognized next week by Matt Foster at the conclusion of #GCITweetUp18 in the Aquatrols booth at the 2018 Golf Industry Show. Join us in congratulating Paul on this well deserved award!