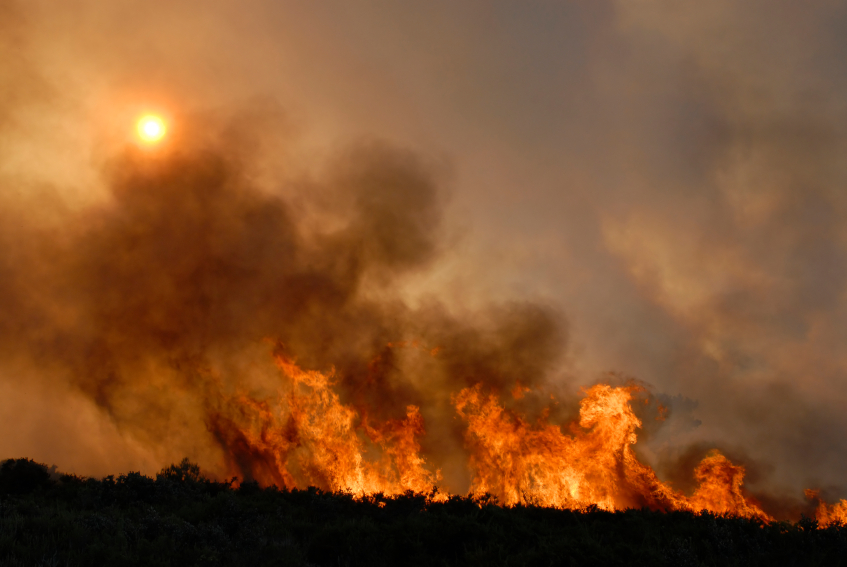 There are a number of reasons why successful re-seeding is so critical following a wildfire. Rapid re-establishment of vegetation can significantly reduce soil erosion and prevent invasive weed species from moving in, preserving the land for future use by humans and wildlife.

“The head of the fire actually slammed right into the reseeding of the 2002 Maple Springs fire.”

Last month, firefighters battling a wildfire in Southern Utah were aided by re-seeding efforts in another way.  A report from a local Fox affiliate credits re-seeding efforts undertaken nearly a decade ago with the suppression of the raging Black Mountain wildfire, which cut a swath more than 4,500 acres wide through the state in July:

“The head of the fire actually slammed right into the reseeding of the 2002 Maple Springs fire,” says BLM Fire Mitigation Specialist Nick Howell. “It immediately reduced the flame lengths and dropped a large portion to the ground.”

In the video below, the suppression line is clear: one side is charred black while the other remains a lush green.

Unfortunately, seed re-establishment remains difficult and expensive. Seeding success of native species currently has a failure rate of over 90%. New technology is being developed by Aquatrols and the Agricultural Research Service that may greatly enhance re-seeding efforts following a fire.

By combining surfactant and seed coating technologies, Aquatrols hopes to greatly reduce the amount of time, money, and seed needed for successful re-seeding. Stay tuned for updates on this exciting seed-coating technology.