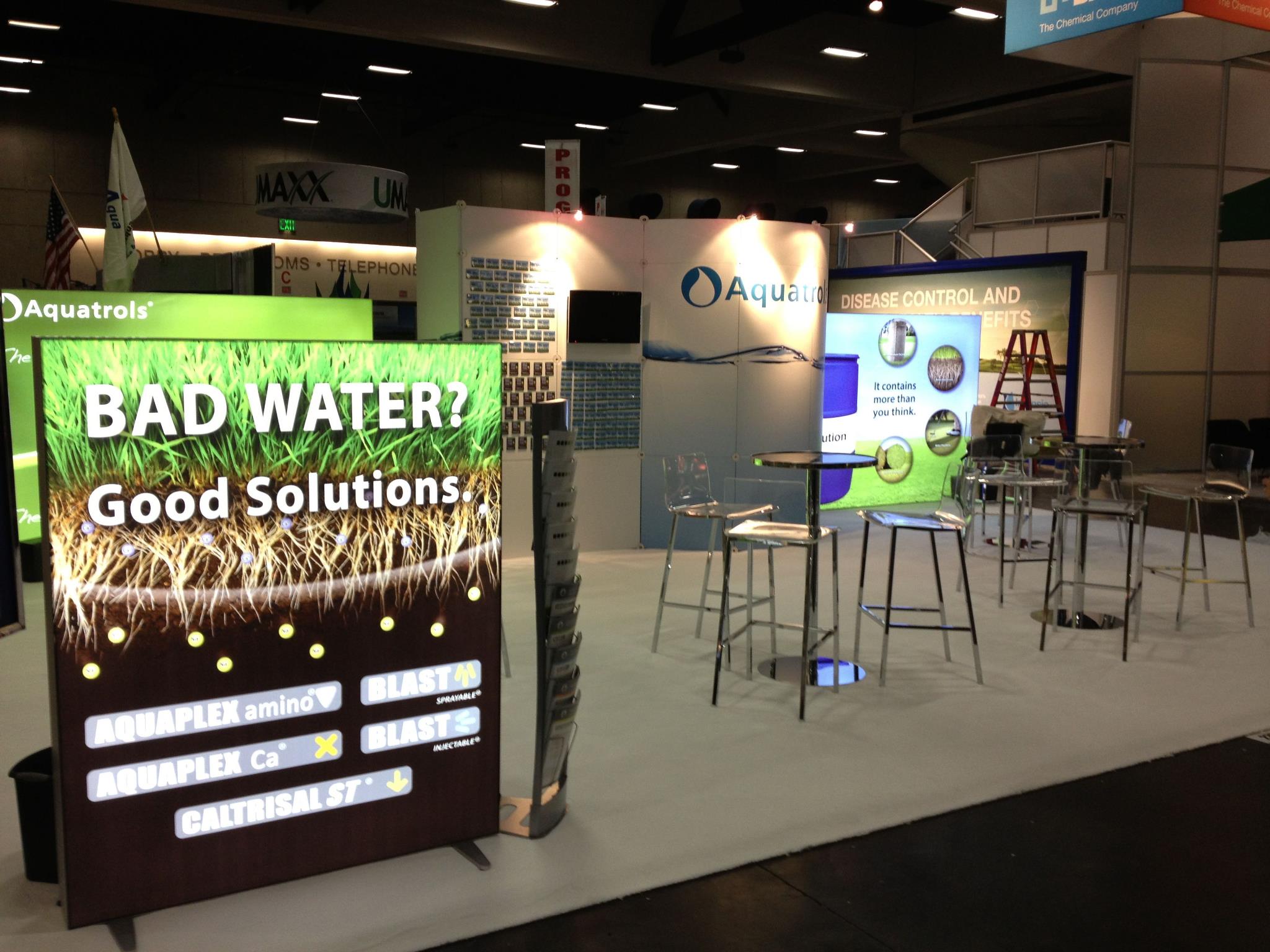 Last week, San Diego played host to the 2013 Golf Industry Show (GIS). Manufacturers, distributors, and superintendents from around the world gathered in SoCal to celebrate the latest and greatest innovations in the golf industry. Aquatrols was once again glad to take part in the annual gathering.

Couldn’t make it out to San Diego this year? Here’s what you missed in the Aquatrols booth:

The show kicked off in full force Wednesday with Aquatrols making a $10,000 donation to the Environmental Institute for Golf. Andy Moore, Demie Moore, and Tracy Jarman presented the check on behalf of the company, carrying on their father’s legacy of promoting a more responsible use of water in the golf industry.

During the Happy Hour, Pat Jones and the fine folks at Golf Course Industry Magazine hosted their annual #GCITweetUp inside the Aquatrols booth. Pat Jones, John Kaminski, and our own Colleen Clifford handed out awards to the best users of Social Media in 2012. Check out video highlights of the Tweet-Up below:

Of course, the show is about much more than rubbing elbows and posing for pictures. GIS also marks a tremendous opportunity for learning. Aquatrols employees were delighted to sit in on a number of thought-provoking talks as part of GCAA’s Answers on the Hour program, including an outstanding panel on sustainability.

Overall, the 2013 Golf Industry Show can only be labeled a smashing success for Aquatrols. The lessons learned, ideas shared, and relationships built and strengthened will pay major dividends as we head into the start of the 2013 season.

Thanks to all those who stopped by Booth 2231. We hope to see you in Orlando next year for GIS 2014!