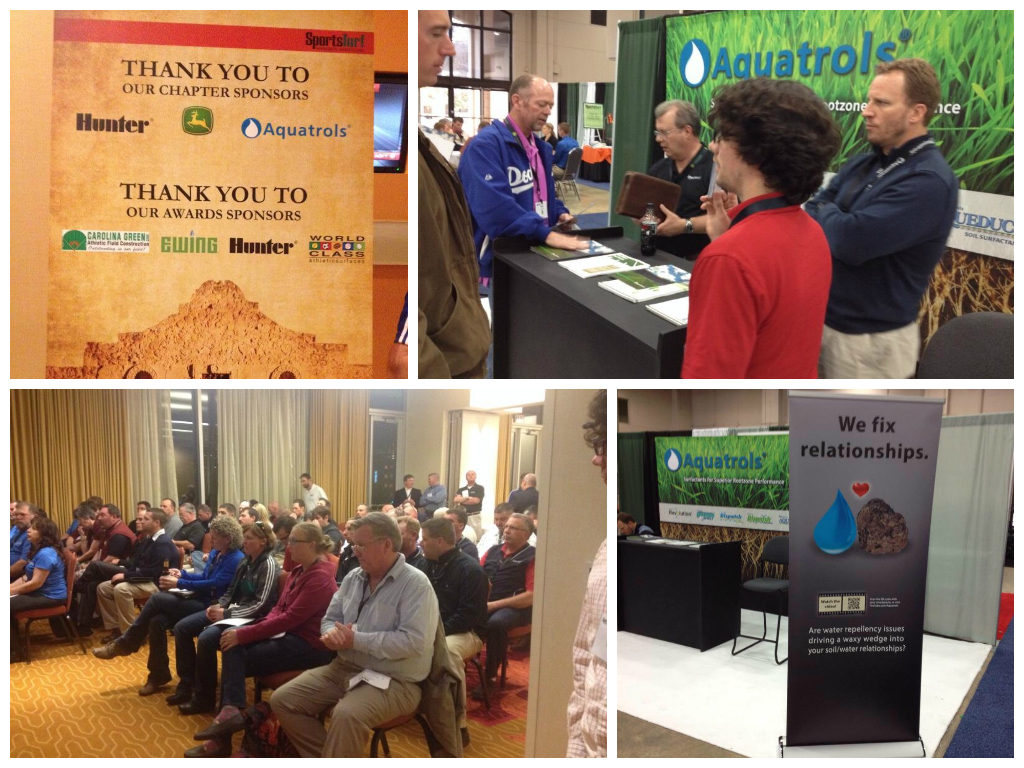 On Tuesday evening, Aquatrols Territory Manager Josh Ogden delivered a few words of thanks to new and returning STMA Chapter Officers ahead of their annual training session. Aquatrols became an STMA Chapter Sponsor in 2013.

The week wrapped up with two days of trade show exhibits highlighting the latest and greatest technology in sports turf management. There was also a student “Turf Bowl” competition, in which turf students from the University of Maryland took home the top prize.

Now in its 25th year, the STMA conference has proven that it is a worthwhile stop on the trade show circuit. We thank all those who stopped by our booth to talk soil surfactant chemistry and look forward to meeting even more of you in the future. We’ll see you all next year in Denver!