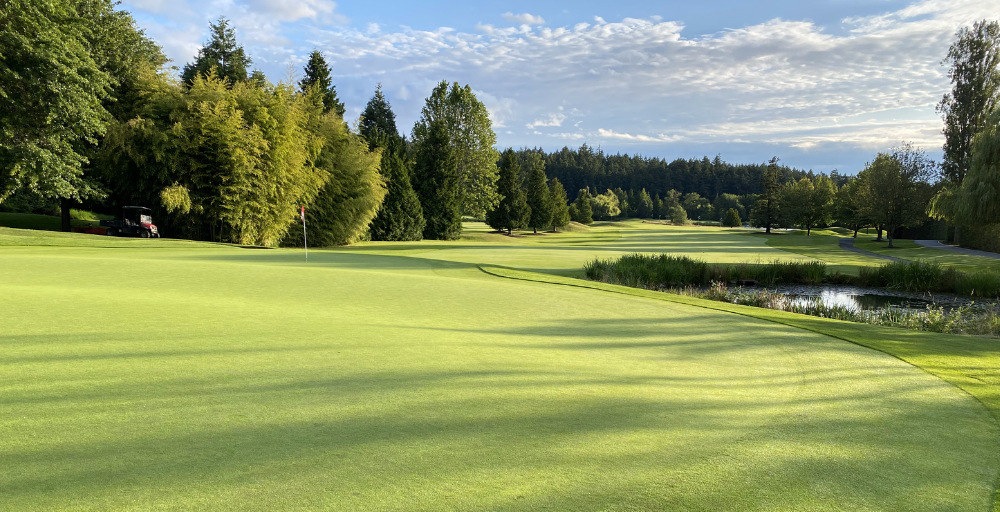 Dean Piller is the current and only superintendent Cordova Bay has ever had. He struggled with thatch, summertime troubles, and abiotic stress – until he tried a new approach. Here’s his story…

I started at the Cordova Bay Golf Course 30 years ago as the grow-in superintendent and never left. We’re located on Vancouver Island surrounded by the Pacific Ocean.

The climate here is very similar to Seattle where we tend to have very cool wet winters with around 30 inches of rain annually. Most of this rain falls during the months of October to May. During June through September it tends to be very dry.

In either case the turf is trying to survive in cool, saturated conditions during the winter or hot and dry conditions during the summer. These conditions don’t lead to a thriving microbial population, so I found myself losing the battle to thatch and disease after the first twenty years here despite aggressive cultural programs with core aeration, vertical mowing and topdressing.

I’ve always considered myself a Curious George.  If something is not working, I am willing to try almost anything to remedy the situation. So after the first twenty years I found myself running out of options in trying to deal with an accumulating thatch issues, turf loss in the summer due to hydrophobic conditions and intense disease pressure as a result of hydrophobicity in the summer and saturated soil conditions in the summer.

When the course was built 30 years ago it was sand capped with 6-8 inches of a medium to coarse sand to improve the playability in the winter months. A decade ago, ISTRC physical property soil tests were reporting soil conditions that were sealed off with over an inch and a half of thatch on our fairways and a water to air pore space ratio of 5-to-1.  The resulting increased aeration and topdressing programs were costing close to $100,000 dollars each year in my budget. There came a point where I was ready to throw up the surrender flag. It’s kind of crazy when you keep doing the same thing and expecting something different, but I was stumped.

Then about 10 years ago at the Canadian Turf Conference in Vancouver I sat in on a seminar about Redox fertilizers that are built around Ionic nutrition and soluble carbon.  I came away from that seminar with a clearer insight on how my textbook approach to turfgrass management with granular based nutrition had been failing me.

Heavy clipping yields, poor to minimal microbial activity and nutrients that were tied up in the soil profile and not available to the plant all point to a golf course that was aging at an alarming rate.  The honeymoon was over, and our conditions were slowly deteriorating every year.

We reached the point where the turf would fail during the summertime drought conditions despite spending a lot of money on acid injection to treat the irrigation water and a comprehensive wetting agent program on tees, greens and fairways. The wetting agents helped the turf survive those summer months, but this was just putting a band-aid on a much deeper agronomic issue.

Our Redox programs started with a very simple program.  We removed granular fertilizers from our fairway fertilizer program and began using TurfRx Fairway+ with TurfRx Penecal on a 2 to 3-week spray program from April through to November.

We have been fine-tuning our program annually ever since and I truly feel that we really have a good understanding of the Redox product line and where it can best fit into each aspect of our turf management program. The original program of TurfRx Fairway+ and TurfRx Penecal dramatically improved the overall turf health on our property and clipping yields were certainly reduced as our nitrogen use has been reduced from 4 pounds per 1000 square feet per year down to 1-2 pounds per 1000 square feet depending on the surface.

In the case of the thatch reduction it was improving but not at the rate that I was hoping to achieve. I reached out to Darin Moon, the developer of Redox, and explained our continuing challenge with trying to naturally decompose the thatch that had accumulated over that first 20 years. Darin asked me what the pH was on my fairways and I explained that it was around 6.7 which I felt was very good. He then rephrased the question by asking what the pH was in the top inch of my profile where all the thatch was.

Darin explained the reason for his question by stating that the pH in a peat bog was very low and that was why there was no degradation of the peat in these bogs for centuries. He suggested applications of lime on our fairways to raise the pH in the thatch layer to improve the conditions for microbial activity. Eureka!

As soon as we started supplementing our TurfRx Fairway+ applications with Calpril during the summer months our thatch levels began to break down into a beautiful sandy loam. As a result of this program we have reduced our sand topdressing program on fairways by 80 percent.

Today, in a nutshell, I am using the soluble carbon and Ionic nutrition in the Redox product line to encourage a thriving environment for microbial activity.  When you get this balance right everything is easier to maintain and all of the challenges, we used to battle with chemicals are no longer an issue.

As a result of our success with thatch reduction on our fairways we have now expanded this same program to our roughs with TurfRx Fairway+, TurfRx Ca and TurfRx C85. Clippings are no longer and issue and thatch degradation is naturally occurring without costly mechanical cultural programs. That said, disease issues in the winter and summer months were still relentless.

So, four years ago I approached Redox for possible solutions to our challenge with dollar spot and turf decline in the summer months. Our fairways are Colonial bentgrass, which is an excellent surface to handle the heavy traffic of 55,000 to 65,000 rounds a year, but it’s one weakness is that it is highly susceptible to dollar spot from July to October. Due to this pressure we were applying 4-5 fungicide applications per summer to deal with the disease at the cost of $30,000 to $35,000 dollars per year.

The agronomist from Redox, Todd Scott, came up with an Abiotic Stress Management program using the TurfRx products; Ca, Si, K+, NatureCur, and Fairway+. We divided our fairways into 3 different trials during the summer of 2016 and found substantial proof that we were able to virtually eliminate the need for fungicides on our fairways during the summer months.

So, in the past 3 seasons we have been able to make it through the summer with a single application of fungicide for dollar spot during periods of intense environmental conditions. I am confident that we are getting our Redox fertility programs fine-tuned to the point that we can be fungicide-free in the near future on fairways.

After 10 years of extensive trial work with Redox there is only one thing that I can say for certain. The use of Redox in our programs has made everything easier. We no longer require extensive aeration and topdressing programs. Our disease pressure has been dramatically reduced. Hand watering is a fraction of what it used to be and the turf doesn’t look like its clinging to life during those high Abiotic stress periods.

So, following a decade of study, this program has become the foundation of every part of our turf management programs. Redox has made our golf course young again. 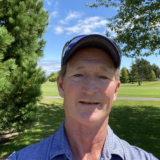