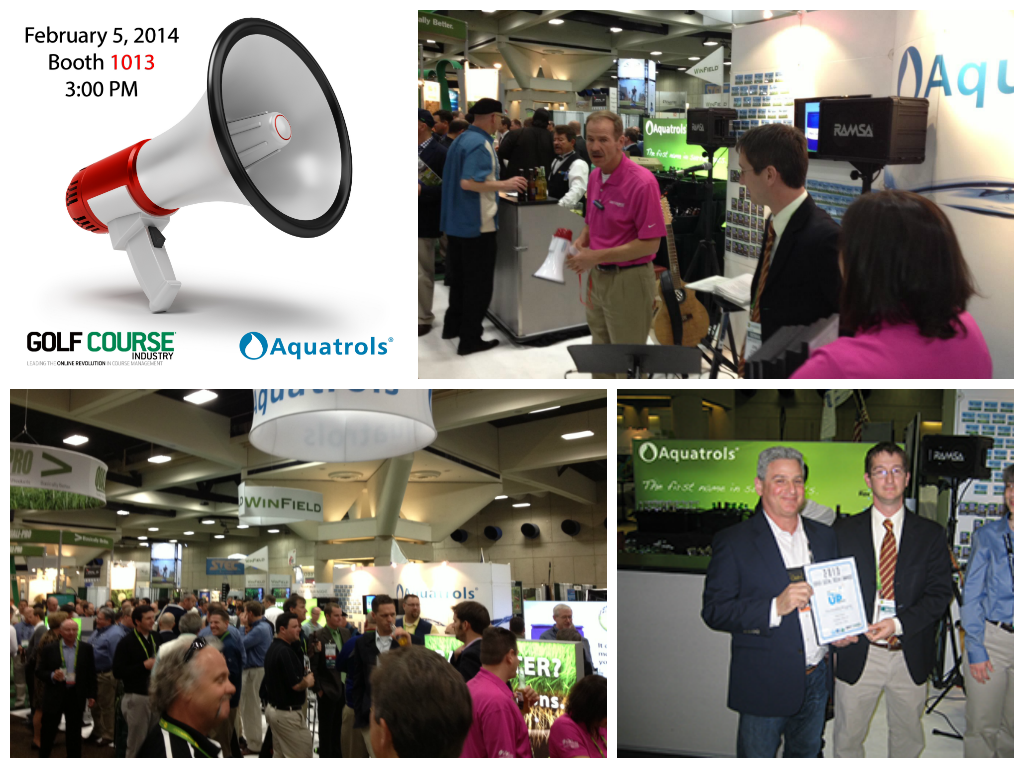 We are proud to announce that Aquatrols will once again host the Super Savvy Social Media Awards in our booth at the 2014 Golf Industry Show in Orlando, FL. The Tweet-Up and awards ceremony is set to kick off at 3:00 PM on Wednesday, February 5 in Booth 1013 during our annual booth Happy Hour.

During the festivities, the folks at Golf Course Industry Magazine will hand out awards to members of the turf community who have excelled in the following categories over the past year:

The nomination period is now closed. Join us next week in Booth 1013 as Pat Jones reveals our winners (with a little help from his trusty red megaphone). In the meantime, check out the highlights from last year’s Social Media Awards in the video below:

Can’t make it to Orlando? You can still follow along on Twitter by using the #GCITweetUp14 hashtag!