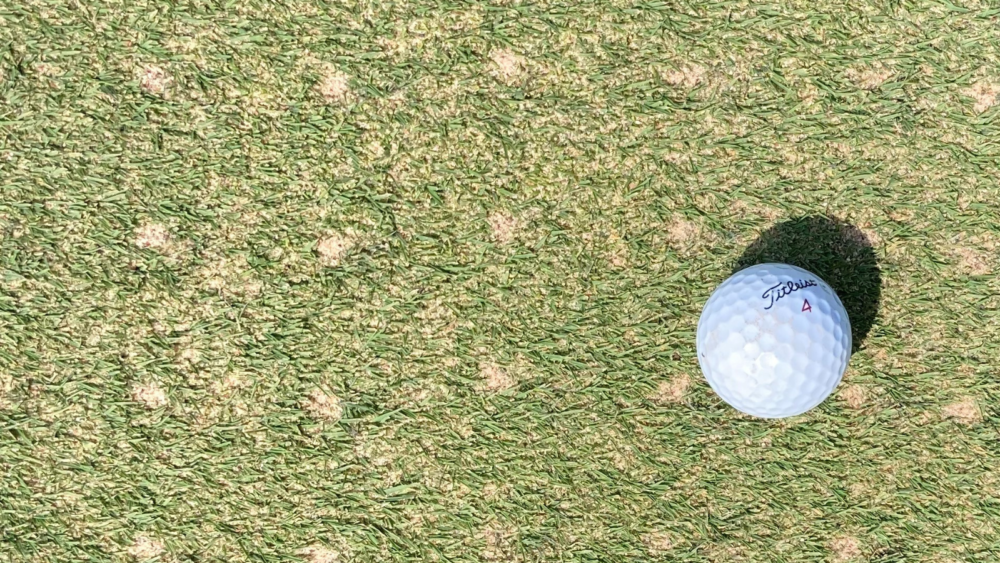 Being a second-generation superintendent can be hard when your dad is a tough act to follow. That didn’t stop Brandon Nolan from excelling in his career and becoming the superintendent of Wisconsin’s marvelous Beloit Club. We talked with him about his roots in the business and how he’s overcoming the challenges of seasonal drought and everyday expectations.

Second-generation superintendents seem to be plentiful in the Great Lakes region, with turf family trees scattered all around Wisconsin, Michigan, and Illinois.

Brandon Nolan is just one of many. His dad, Pat Nolan, led the golf course maintenance team for a local parks system in Northern Illinois. Though the park’s policy prohibited Brandon from working in his dad’s department that didn’t stop him from learning about the turf industry. Brandon worked alongside the forest preserve’s landscape team and eventually started his golf career at Macktown Golf Course in Rockton, Ill., under Dennis Hamilton. “I kind of fell in love with it,” Brandon said.

He went on to join southern Wisconsin’s highly regarded Beloit Club in 2018 as an assistant to Brian Digise and was promoted to course superintendent in 2020. Brandon explained their relationship and his role:

“Brian let me take the reins of a lot of things like budgets, our chemical program, and running the crew day to day. I learned a lot, thanks to him.”

From the time he arrived at Beloit, the agronomic priorities were pretty clear: “We had a lot of trees. We needed to get roughs re-established because we had bare areas due to lack of sunlight and we did a big renovation in 2015 and most of the tees were rebuilt with local soils. We’re right off the river so we have a lot of clay soils here. Once the tee boxes are dry, they’re dry.”

Nolan turned to Zipline® on putting surfaces last year to help with these issues: “We’d tried other quality products but Zipline was ultimately the best fit for our soil structure,” he says.

A severe drought last summer tested that decision and proved it was the right one not just for greens but also for tees.

“Last June, we were suffering pretty severe drought. We were 15” under 2021 precipitation and 21” under 2019 totals. June came and the greens were great. But we were hand-watering tees more than greens. We liked what Zipline was doing on greens, so we put it on those tees as well. They recovered very nicely.”

Brandon explained how it made a big difference under challenging circumstances: “Members said they couldn’t remember drought like that. We’d always done our fair share of hand-watering, but it was a struggle on tees boxes. The switch to Zipline pulled us through.”

His Zipline program on greens is monthly at the 6 oz rate to start and then 3 oz every two weeks during the season.

“I was extremely happy. From April 15 on, they were the best they’ve ever been from a member standpoint,” Brandon said.

He particularly noticed firmer conditions: “I was very pleased with the firmness in the top two inches of the soil. You could really tell the moisture distribution was even throughout the sub-profile.”

Nolan explained that he chose the split rate every two weeks to complement his efforts to fight fungi: “We fight a lot of patch disease so I’m using Zipline in conjunction with my tebuconazole, azoxystrobin, and Thiophanate-methyl applications. I use it to get those fungicides where I want them in the root zone.”

Despite the historic drought, Brandon said he was not on a hose all summer: “Last summer was by far the least amount of time we’ve spent hand-watering greens and our total water usage was down. That’s a good sign.”

Nolan sums up his experience: “It’s huge. It’s always either myself or my assistant on that hose. Given the cost of ‘us’ we could be doing better things than standing on the end of a hose.”

Zipline isn’t the only successful addition to his program. He’s also using TurfRx Ca to try to compensate for collar stress and other side effects of a stringent rolling program. He explained why it’s been so helpful: “We’re on the roller here 4-5 days a week. It’s stressful in that area. We try to time it with aerification to get it down in the soil. We go out a day before with it, irrigate and then hit them with ¼-inch solid tines. We were definitely healthier last year and we’re expecting to see even more benefits after using it for a few more.”

Nolan is having a ball taking the course to new heights and he’s finally getting a chance to work with his dad a little. “He stepped back from the profession a few years ago but still takes care of a little course in Rockton. We send each other pictures of turf problems! We also try to play golf as much as we can together. It’s so much fun,” said Brandon.