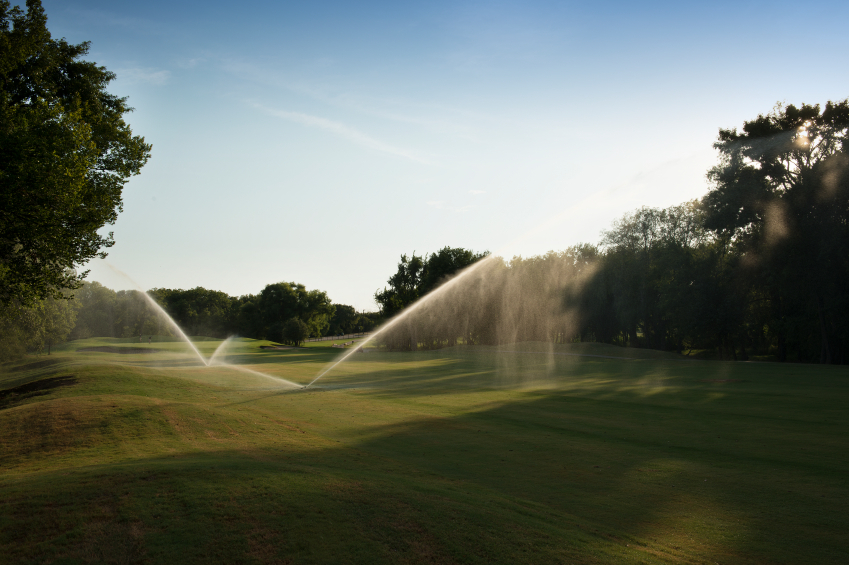 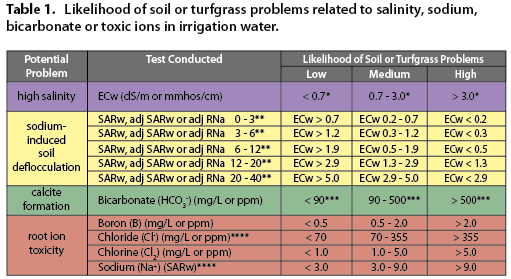 There are anecdotal reports that high bicarbonate levels in irrigation water may reduce soil infiltration rates in non-arid regions during extended dry or true-drought conditions.

Ongoing research investigating these questions will hopefully settle this debate. Until then, testing for this calcium carbonate layer formation using an excess carbonate/free lime “fizz” test may be a useful tool to identify whether a calcium carbonate layer, significant enough to reduce infiltration rates, has actually formed in soils irrigated with irrigation water containing high bicarbonate levels.

Calcite formation in the soil can cause problems with infiltration and permeability. A common test to determine whether a soil contains calcium carbonate is a “Fizz” test.

During this test, a dilute hydrochloric acid solution is poured onto a soil sample. If it “fizzes” and a gas is given off, calcium carbonate is present. This test can be used to determine if the entire soil is calcareous or if there is a layer of calcium carbonate at a certain depth in a non-calcareous soil, when a soil core is tested.

Want to learn more about potential issues with your water quality? Download our FREE Guide to Assessing and Managing Turfgrass Salinity Issues in Irrigation Water and Soils.