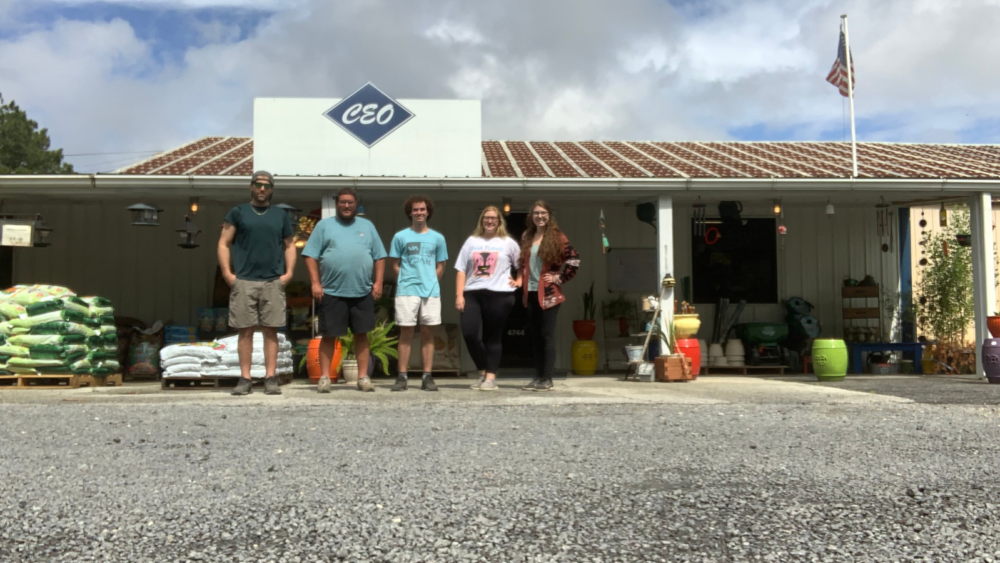 By Pat Jones | Jimmy Barker was skeptical about Redox at first, but now he’s a believer. The former super turned sales pro in the Southeast shares what he’s learned about combining it with traditional fertilizer and why Zipline® has become a go-to product for most of his customers at Carolina Eastern Outdoors.

Jimmy Barker is a turf head through and through. “The only jobs I’ve ever had have been golf course-related jobs,” he says proudly. “I started on a course in Charleston when I was 14 and I wasn’t even old enough to drive. The super I worked for had to pick me up every day.”

His career as a superintendent progressed nicely but, like many, he and his wife found it hard to juggle kids and two demanding jobs (she’s a nurse). “It didn’t seem very conducive to a happy family life,” he laughs. In 2016 he found a more flexible career option: sales for Carolina Eastern Outdoors, a company largely devoted to the ag market but with a burgeoning turf business.

He was very familiar with the Aquatrols products that Carolina Eastern carried, having used Dispatch® and Revolution® “forever” as a turf pro. But when Redox was added to the portfolio, he had a lot to learn…and some concerns. How did it fit in the world of granular formulations, bulk apps, and traditional turf fertility programs?

Barry Bennett, his Aquatrols rep, quickly filled him in. “He showed me how and why it works very well together. He introduced me to a few products and I spoke with a handful of customers whose opinions I really respected and who had used the products and they filled me in. I decided to give it a whirl and, since then, it’s grown and grown and we’ve had a lot of success. My customers have been very happy with how the products have performed. They made me a believer.”

Barker’s initial programs began with TurfRx Micro+ and TurfRx K+ mixed in with UMaxx for ryegrass sprays. On greens he recommended TurfRx Supreme, rotating to TurfRx Green once it warmed up. Then he adds in TurfRx Fairway+ and Micro+. “Once customers get started with that combo, we kept trying different combinations. The supers became very engaged with it and have really embraced it. My philosophy has been, ‘Let’s learn about it together.’”

What’s the biggest issue Barker’s customers have been trying to address?

“A lot of people here have poor water quality so nutrients can get tied up very easily. However, because of the way that Redox is manufactured to attach to carbon molecules, it doesn’t get tied up and it maintains its availability to the plant. It keeps the nutrients where you need them. The goal is not having the peaks and valleys that you’d have with traditional fertilizers alone.”

How does he balance the traditional N sources with Redox components? “On my truck right now I have a pallet of soluble fertilizer and several cases of Redox. The goal is to balance the two. I don’t recommend Redox as a way to decrease nitrogen alone. I prefer to find a balance between the two so you can hit it when you need to and then just never come down from it. The goal is to maintain the health and color you’re looking for without having big peaks and valleys.”

He’s also found interest among athletic turf pros at big sports complexes. “There’s so much product in that jug, as opposed to a lot of water, they don’t have to carry around nearly as much product in the sprayer when they’re out spraying 200 acres on these big athletic complexes. The low use rate is very appealing.”

What are sports field managers trying to accomplish? “They’re focused on color maintenance. They still use a lot more granular fertilizer than typical golf courses because they’re constantly pushing and growing in turf. The Redox line is a bi-weekly spray for them to maintain color and vigor. They use TurfRx Ca, Micro+ and Fairway+. Once the ryegrass overseeding goes down it’s K+ and Micro+ in the tank.”

Was he surprised to see sports fields embrace the concept? “Superintendents have demanding golfers, but sports turf managers have very vocal coaches with very high expectations. When they show up to play, they expect great conditions.”

What about the notion that it takes a while to work? “The color response is pretty quick. It’s a pretty immediate difference on your greens when you spray. Some people have said you have to use Redox for a while to see an impact and that hasn’t been true for my customers.”

He’s become a fan of Redox. “I was very surprised at how popular it’s become but the more I learn the less surprised I am.”

On the water management side, Zipline is “by far our most popular product,” Barker says.

“It fits the way people are managing their putting greens today. Doing separate apps of wetting agents is getting tougher. Zipline is often the better choice because you can put it into your regular sprays.”

For Barker, Zipline is simply easier. “They don’t have time for separate apps anymore or to water in a product ahead of play. It’s very versatile and it gives you a good, uniform hydration point and then you can kind of dictate where you want it in your soil with your rate and how much you water that evening. It’s very user-friendly. It’s become my number-one solution for putting greens.”

Zipline can also be the difference between good turf and dead turf when the weather shifts in his region. “Springtime is very, very dry and windy with low humidity. It can really jump up and bite you. Zipline has been able to help out a lot with that. It pays off because it gives you a good firm surface up top and then you can use Dispatch everywhere else on tees and fairways, either in a tank or by fertigation.”

His decision to step back from being a superintendent has also paid off. His sons are 3 and 1 and his wife is back to her role as a nurse. “She has done a lot family-wise to allow me to do what I need to do. My week is busy but it’s nothing compared to hers.”

What does he do for fun? “I will get in the river and fish until I can’t fish anymore. I love it.”

Final thoughts about working with Aquatrols? “From a business standpoint, they have a good team and they’re so helpful. You combine that with the quality of what they produce and it’s pretty hard to beat. It’s fun to help my friends solve problems with their products.”