Blog
Aquatrols Blog / Beyond The Drop Issue Features / BTD May 2022 / It Came From Turf Twitter: Part One
May 18 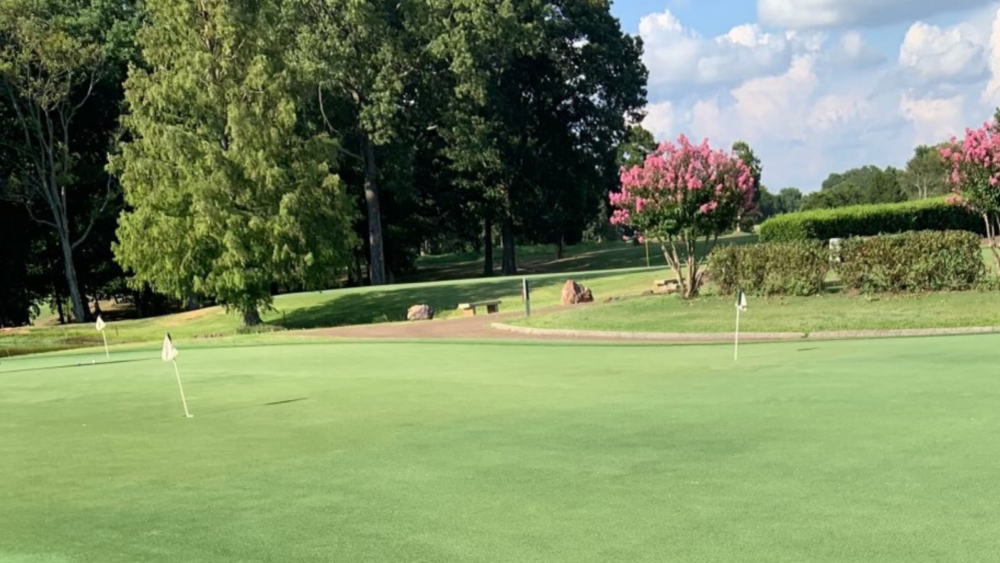 By Pat Jones | Southern turf pro Chase Smith faced a serious problem with nematode damage. He found his fix from an unexpected source: a jug of Redox. He tweeted his solution recently and then shared his story with us.

Chase Smith is a perfect example of the challenge of balancing a career as a turf pro with the demands of being a good partner to the one you love. And that’s okay with him.

He grew up in south Mississippi and picked up the game as a kid. “I was a decent golfer and got a job in the pro shop at Dixie Country Club and absolutely hated it. The next summer I called the super at Laurel Country Club and never looked back.” He finished community college and then jumped into turf studies at Mississippi State. He worked for Jason Bradley at Memphis Country Club for a bit and then, jackpot! He was hired as golf course superintendent at Olive Branch Golf Course.

However, it wasn’t quite that simple.

His wife Katie’s passion for medicine pulled them in a different direction. She’s pursuing a Ph.D. in biomedical sciences. Specifically, she wants to fight childhood cancer. She earned a coveted position in her field, but it was at Atrium Hospital in Charlotte. And like most good couples they made the decision jointly to move to the Tarheel State.

Newly minted superintendent Smith supported the move 100% and quickly found a new position that he loved at Charlotte’s Rocky River Golf Course. But there was a catch. He had to take a step back – at least in title – to be an assistant in his new location.

“Being a super at such a young age (25) in Memphis was an amazing experience but it wasn’t that hard of a step back for me. Rocky River is a very cool facility and I’m learning a ton. I love the Carolinas chapter and I feel welcomed up here. I feel like (this move) let me hit the reset button and take a more thoughtful approach to my career. If nothing else I’ve learned I can be patient.”

Smith is a great communicator who knows how to use Twitter well. So he didn’t hesitate to share his experience with Redox when the topic came up recently on an online thread.

Smith filled us in on the details of his Tweet: “I was struggling with nematode issues at Olive Branch Country Club. We’d just come out of a very demanding summer and had a bad dry spell. My first May as a superintendent rolled around and I went out to our 17th green and it was just lit up. It was yellow. I found out they’d had severe nematodes for years. We took a sample and sent it to a lab. A single cup cutter and there were 850 sting nematodes in one 3” sample. So we fixed that with Indemnify but I knew I needed to do something to manage this going forward.”

Joe felt like he had tried everything but then his rep recommended the Redox Turf Root Health Program. He was skeptical but intrigued: “The logic was, if you have a lot more roots, they can’t cause nearly as much damage. We pulled the trigger and the first time we sprayed the Redox, I swear to I could hear the grass growing!”

He admits that’s a bit of an exaggeration but a few days later that had clearly turned the corner. “They went nuts. Those roots started eating and they got healthy fast. I think it optimizes the root zone to a point that any nutrients that are already there are going to be taken up. Then you can supplement fertility with the Redox and keep that balance going.”

“The coolest thing is that all of those jugs end up being just 2% nitrogen. You’re able to keep them lean and supplement the things that help you develop those good roots. The formulation difference is huge too. You’re setting yourself for great root systems. They start digging and mining and doing all of those good things!”

The experience also changed his opinion about programs vs. individual products. “I’d never been on a program for anything. I had always done it ‘a la carte’. I really got on a program for the first time and that’s made me a believer in the concept. Why not trust what companies and reps see at hundreds of other places?”

So what’s his advice to others considering this to combat nematode issues? “If you do what you’ve always done, you’ll get what you’ve always gotten. I think if you have nematode damage or any root-related problems, I would just give it a shot. Just do one green and see what you think. It sure has worked for me.”