Those who attended the Turfgrass Talk Show session at the 2016 Golf Industry Show heard from Melvin Duke about the unique challenges he faces as superintendent at Toana Vista Golf Course in Wendover, Nevada.

Mel has seen it all in his career as a superintendent. “I’ve been in this industry since they invented dirt,” he likes to say. But his time at Toana Vista has provided him with some of his toughest challenges to date. Located just a few miles from the Utah border, Toana Vista is surrounded by the desert and salt flats of eastern Nevada – not an ideal place to be growing acres of turf. A Google Earth view shows the stark contrast between Toana Vista and the surrounding area.

To make matters worse, the course irrigates with low quality, reclaimed water. “Basically, every time someone flushes a toilet in the local casino, I get a gallon of water,” Mel half-jokes as we tour the course. 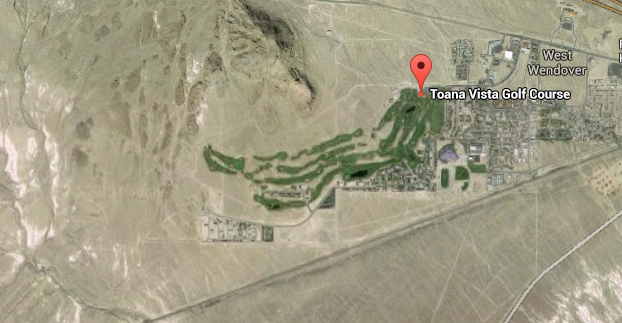 When Mel first took over the helm at Toana Vista, he knew he had a challenge on his hands. Years of harsh growing conditions and poor soil quality left large areas of turf decimated. “Huge swaths of turf were just gone off the fairways, approaches, and greens,” Mel recalls. “I didn’t think we’d ever get turf back in some spots.” 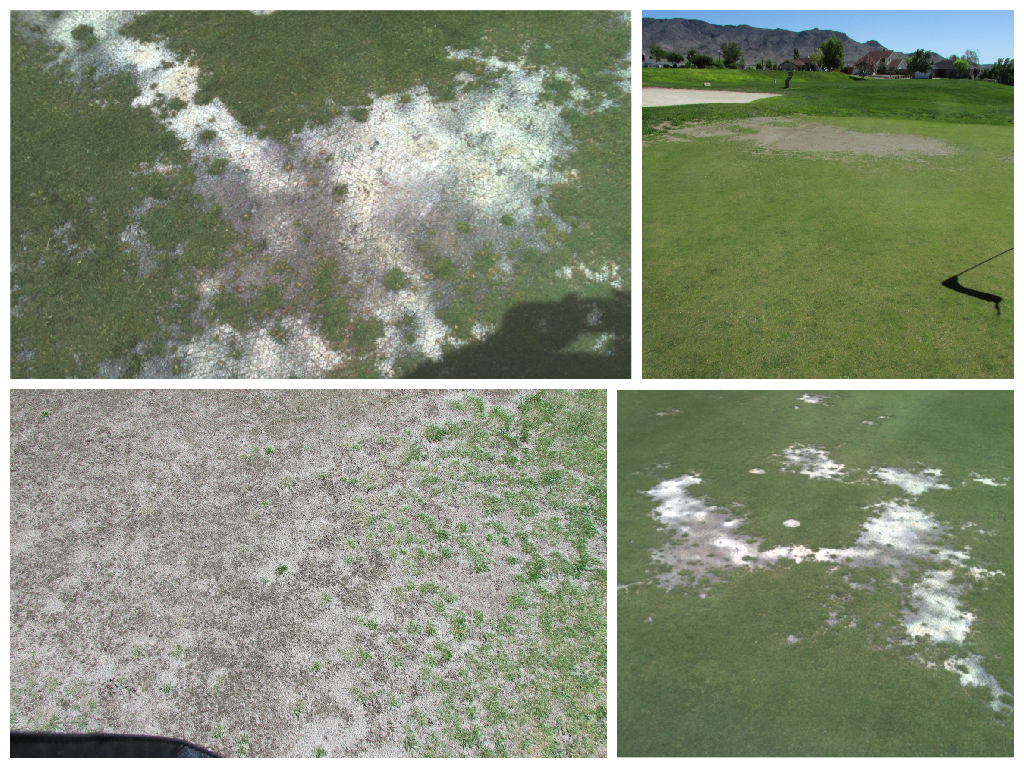 After reaching out for help, Mel worked on a plan of attack with Aquatrols Territory Manager Dan Macias. First, soil tests were conducted to assess the severity of the situation. These tests showed the widespread presence of calcium carbonate in Mel’s soils. Calcite formation in soil can create problems with water infiltration and permeability, further complicating the difficult task of growing turf in high EC environments.

This calcite layer needed to be eliminated for Mel’s turf to have a chance at recovering. Blast Sprayable, a unique acid formulation combined with Aquatrols Synergy Technology, was applied at 64 oz. per acre weekly until the problem was corrected, then applied at 64 oz. per acre monthly to keep the build-up from reoccurring. Mel used Sixteen90 at a low rate to help “flush” his greens after Blast applications.

Mel eventually instituted a monthly Revolution program on his greens to increase soil moisture uniformity once the calcite layer was completely eliminated.

With the calcite layer eliminated, proper water infiltration was quickly restored and Mel’s turf responded positively. After seeing drastic improvements on his greens, Mel soon expanded the use of Blast to his fairways, where the results were just as impressive. “I can honestly say that Blast saved my golf course,” Mel says. “We have beautiful, healthy turfgrass growing in areas where I hadn’t seen turf in years. The before and after is just unbelievable. The course is in the best shape it’s ever been.”

Is Blast right for your course? Talk to your Aquatrols distributor representative and consult Aquatrols Guide to Assessing and Managing Turfgrass Salinity Issues to find out. Remember, it’s important to c0nsistently monitor your soil and irrigation water quality for any changes that may affect your growing environment.