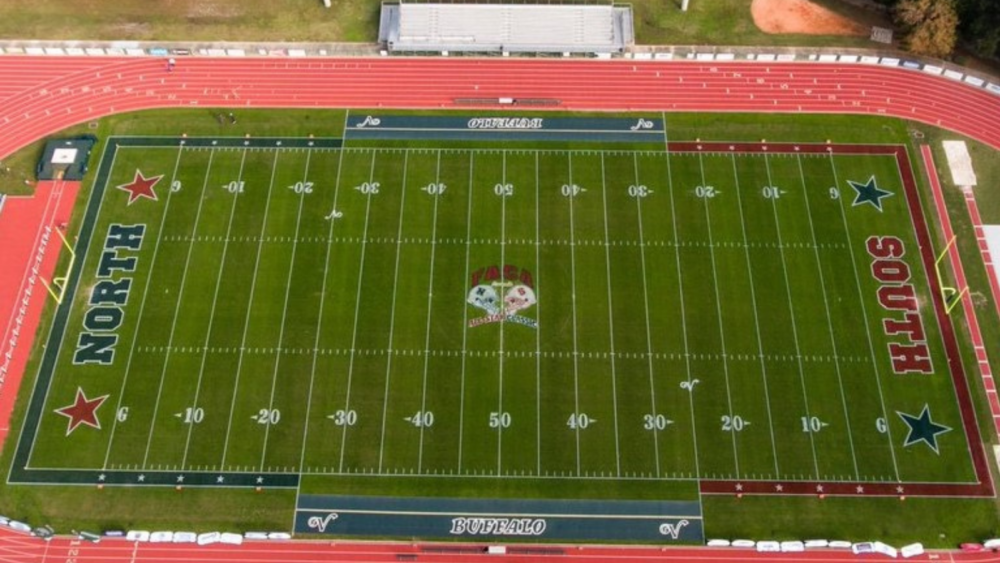 The Villages is known as a golf mecca for retirees but it’s also home to schools and sports fields. Josh Carter leads a team to care for those and he relies on Redox and Aquatrols to meet expectations.

Everyone knows about The Villages, the famed Florida community that’s home to thousands of retirees. But, you may not know that there are actually plenty of kids there too and they need places to play.

Enter Josh Carter, a turf head who grew up working on the family farm and nurseries around the Jacksonville area. An ag teacher in high school encouraged him to consider turf so he got a golf course job in 1998 when he was just a junior in high school. He ended up completing a degree at Lake City Community College during the heyday of the program. He progressed in the industry and even spent seven years working with our friend Andy Jorgensen at Top of the World Communities.

During school, he’d worked at the Naval Station Golf Course but also worked afternoons with Mark Clay, the field manager for the Jacksonville Jaguars. “I’d always been fascinated with the sports turf business and I learned a ton from Mark.”

In 2019 he started with ASG, a single-owner contractor that works exclusively in The Villages. He and his crew of 13 oversaw the charter school property for the community’s young people. But it’s no ordinary school with a couple of ballfields. Carter maintains 16 acres of bermudagrass fields managed by three sports turf pros. “We have a game field, a practice field, two softball fields, one baseball, and two soccer/football practice fields.”

He also has a landscape crew that works around the school’s seven buildings, including 12 acres of St. Augustine and 5 acres of Zoysia. Oh, there’s also a 4-field softball complex for residents that hosts as many as 120 games a week.

Off the fields, bed maintenance is their biggest issue. “We’ve focused on beds for three years and we’re just now getting them where we want them. It doesn’t take long to get behind, particularly on the landscape side. We had beds covered with vines and had to use a skid steer to rip them out.” Fortunately, because ASG does big construction jobs, they have access to lots of big toys.

But the sports turf is the most visible and challenging part of Carter’s job. Traffic issues and underwhelming growth were gnawing problems. He connected with friend and Aquatrols agronomist Duncan Stewart-Orris and kicked around the idea of using Redox. “I knew a little about it from working in golf and I was intrigued.”

Carter worked with Vernon Jones of Plant Health Solutions to set up a test program. He started out by doing a monthly app (TurfRx Fairway+, Si, and K+ Micro Crystal) on his middle school field, which historically “gets trampled and doesn’t seem to grow as well.”

Just 10 months later? “We’ve turned the corner. The plant health is much better. The appearance and the density of the plant materials are much improved.”

He relies as much on the insights he gets from Aquatrols and Plant Health Solutions as he does the products themselves.

“Duncan has baseline programs for all aspects of what we do here, including St Augustine, Zoysia, sports fields, and landscapes. Some of that was new to me so getting a grasp on that has been helpful. He’s helped jumpstart the process. Two years later we’re pretty close to where we need to be.” Moving forward, Carter hopes to focus his attention on freshening up the look of the existing property and moving forward on building out a big new campus coming in 2023.

The support goes beyond plant nutrition. Carter has also addressed problems with soggy fields. “Before Redox came along, our focus was getting on a consistent wetting agent program. The biggest issue we had was it took us a while to get them dried out because of overwatering. Moisture and wet fields are a big problem. Football players need to be able to plant their feet without slipping.”

Carter says Dispatch® became his go-to because it works well and it’s cost-effective. He also likes the dew suppression he gets from it and he’ll throw Dispatch in with other tank mixes, particularly on his sports fields on the occasional fungicide apps he makes. “We use an 8 oz/acre rate to push it down through the thatch.”

Finally, Aqueduct® has become a staple of his program as well. “I also have a few places that need a little extra help so sprayable Aqueduct has been a godsend.” He’s on a 28-day spray rotation to put 32 oz/acre of Aqueduct down on 21 acres of Bermuda. “It’s easy, cost-effective and it’s really helped to even out the wet/dry issues.”

He’s happy with the progress thus far. “Keeping soil moisture where it’s supposed to be has also been very important. Playability is key, especially when you have inconsistency in your soil. It’s a night-and-day difference in less than three years.”