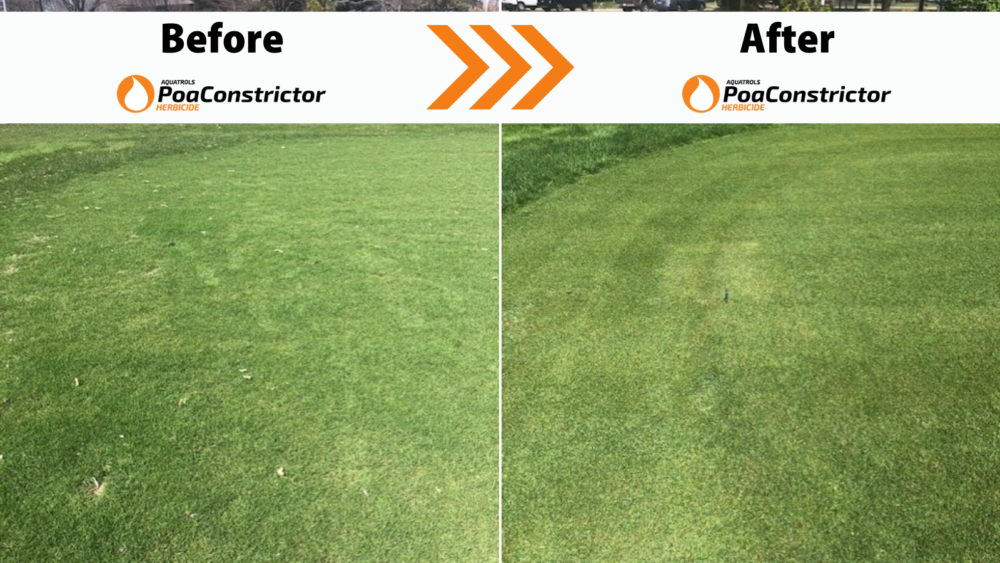 Mark Kosbab is a familiar name in the Chicago golf community. By leading turf teams at Medinah, Cantigny, and, for the last 10 years, the highly regarded Northbrook Park District, he has made a definite name for himself in the area. He spent the last year helping to lead his peers through the pandemic and is currently president of the Midwest Association of GCS.

To top it off, he recently took on a management role for all of the park district’s sports fields and other turf areas. So needless to say, he has been busy. He has a lot going on but no bigger priority than a major remodel of the 27-hole Heritage Oaks Golf Club, the gem of Northbrook’s golf properties and one of the area’s busiest facilities.

“We’re redoing almost everything,” says Kosbab. “We take a lot of pride in being good stewards to our parks, properties, and facilities so this is all part of that.”

The price tag for the whole project is $13 million: roughly $10 million for the clubhouse, parking lot, and infrastructure and $3 million for improvements to both courses. “The biggest win is rebuilding our 18-hole course greens which were old push-ups before. They were the heaviest clay you could think of and they didn’t drain at all.”

The project is part of the park district’s 10-year master plan for all types of facilities. Northbrook hired noted Chicago designer Rick Jacobsen to handle the golf piece. “Rick had previously done a renovation here 15 years ago so it was a good fit to bring him on and pick up where we left off,” Kosbab says.

So the greens were finally going to be new and healthy, but the overall budget didn’t allow for fairway reconstruction. “We realized there was nothing terribly wrong with them that better turf couldn’t fix, so we decided to regrass our fairways with 007.” Kosbab says he borrowed the method of doing it in-house from Jeff Johnson, CGCS, at Minikahda CC in the Minneapolis area.

However, new turf rarely stays Poa-free for long in Chicago or anyplace else. “I knew that Poa was going to be a concern coming into the grow-in. We did it right and used a mixture of Roundup and diquat. They were dead as a doornail but I still knew Poa was going to come back as soon as we put water down. But at that point, I thought, “I’m just gonna grow grass to get started and I’ll worry about the Poa later.”

When did PoaConstrictor come into the plan?

The Aquatrols territory manager in my area, John Turner (JT), asked me if I’d ever considered PoaConstrictor, I had only heard of it during my days at Medinah and I felt like it might be a tricky product to use. But when JT told me what it actually was and how it’s supposed to be used, I had to listen to him. I have a lot of respect for him and his experience, so we decided to give it a try on our Legacy 9 course first and evaluate. Luckily it worked out well and I’m kind of kicking myself for not doing all 27 at once.

Any tips for using it?

I followed the label pretty much word for word and I also used the recommended urea along with it. We did two apps in the fall and one in the spring. By that second fall application we already really saw some good results. The Poa kind of turned a funky color and the grass filled in. I was pleasantly surprised with the results. We expanded and started spraying tees as well and have seen consistently great results since.

Describe how you collaborate with JT.

I’ve known JT since he worked at Bayer. He’s always been a guy who’s very supportive of superintendents. When I think about the salespeople I like the best, they’re the ones who want to be partners with you. They have a stake in your course and they want to find solutions for you. He’s not one of those guys who shows up and says he can solve all your problems with the contents of a jug.

So, what’s the bottom line for your experience with PoaConstrictor thus far?

Simple – we saw results. I’d estimate we eliminated 50% of Poa in the fairways…maybe even more. I can see a clear visual difference between the fairways on our 9-hole course that has been treated and the 18-hole course where we have not applied yet.

I feel really good about it. We’ll move forward with the approach of two apps in the fall and one in the spring and kind of continue to just manage the Poa on a proactive basis. For once, I’m confident that we’re going to be able to keep our Poa issues at bay.