Preliminary results from a University of California, Riverside study suggest that when keeping turf adequately fertilized, the regular use of Revolution and Primo Maxx† can be a powerful tool to manage bermudagrass with less water. The findings were presented last week at the university’s annual turfgrass field day. The main findings from the research report1 are quoted below:

“All ratings collected at the beginning of the study showed that bermudagrass was significantly affected by lack of N fertilization (Figures 1 and 2). However, grass recovered quickly after the first application of N, and no differences between ET replacements were found until the beginning of July. Moreover, plots treated with Revolution achieved a sufficient rating of 6 or higher for two months even when irrigated at only 40% ET (Figure 2). After 8 July 2016, no plots irrigated at 40% ET achieved acceptable quality, although plots treated with Revolution, alone or in combination with Primo Maxx, showed consistently better quality of plots than those that did not receive Revolution (Figure 2). At 70% ET replacement, plots that received both Primo Maxx and Revolution had higher visual quality in comparison to all the other treatments on four ratings dates, including during the entire month of August (Figure 1).” 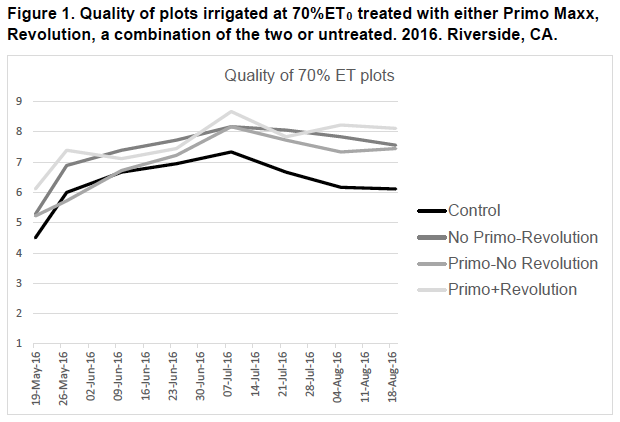 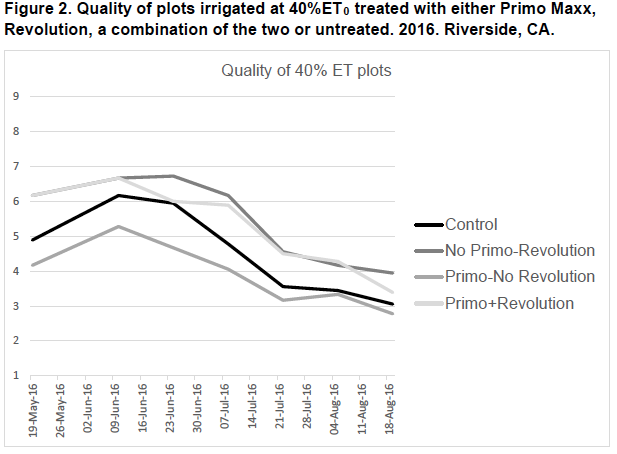 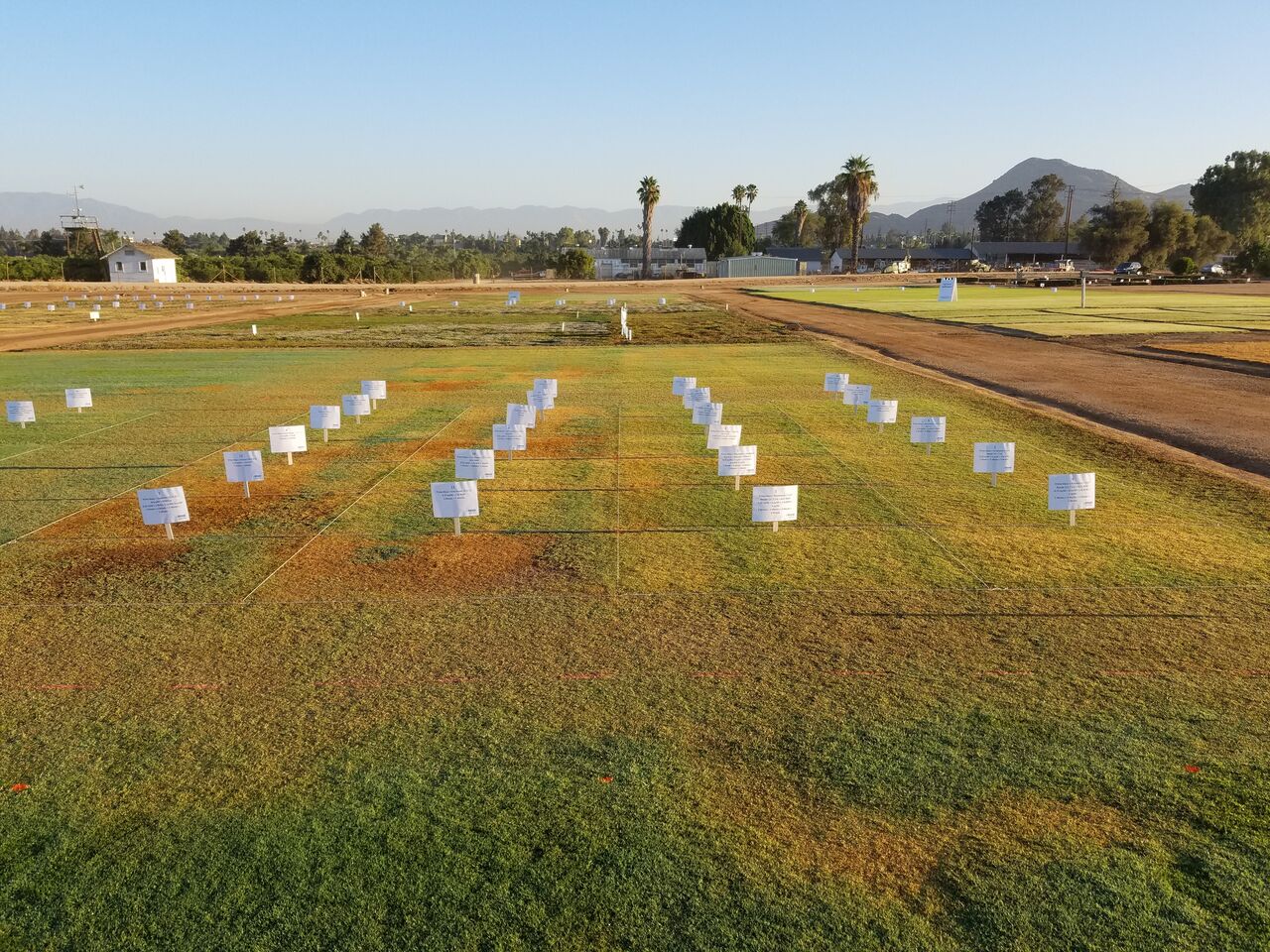 Plots treated with Revolution (on the right) and plots without Revolution (on the left) at 40% ET
These preliminary findings confirm what researchers have seen with Revolution time and again: an ability to provide increased turf quality at reduced levels of irrigation. However, this study suggests that when paired with one of the most popular growth regulators on the market, Revolution can drastically reduce the amount of water needed to grow healthy turf. It also suggest that the Primo Maxx + Revolution combination can be a significant tool for turf managers tasked with reducing water usage due to budgetary concerns and/or drought conditions.

† Primo MAXX® is a trademark of a Syngenta Group Company.