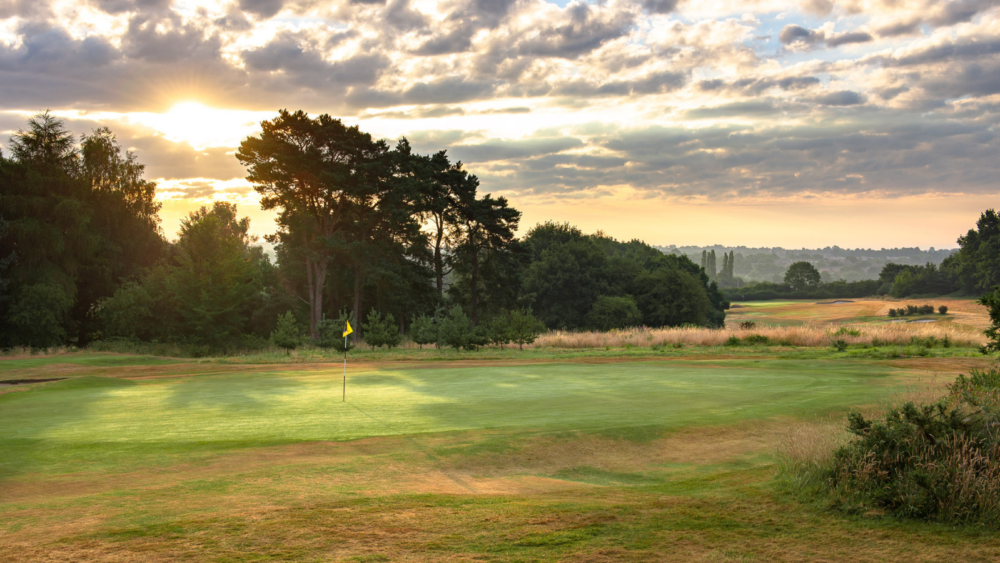 Turf Around the World: Tinkering Leads to Success

Course manager Rob Hay has embraced a wide range of Aquatrols products to help return his classic heathland course in the Midlands of England to health and better performance for his members.

Golf is one of the few truly global sports and that means agronomy has to meet global challenges. But while it’s true that golf course maintenance may differ a bit from region to region, many of the fundamental needs remain the same: healthy soils, good nutrition, plant protection and proper water management.

As the Aquatrols portfolio has grown to address even more aspects of managing healthy turf, superintendents and greenkeepers around the globe are experimenting and working with their agronomic advisors to determine what works best for them. Some have embraced multiple products and made Aquatrols and Redox keystones of their program.

Rob Hay of England’s Northamptonshire County Golf Course is an excellent example of a turf professional who likes to try new approaches and constantly works to improve his agronomic program.

He finds value in a dozen different Aquatrols water management and nutritional products. He is a classic ‘turf tinkerer’.

Like many, Hay played golf in his youth and his love and curiosity for the sport attracted him to greenkeeping. He found apprenticeships and earned his diploma at Myerscough College, the academic home of many of the UK’s best turfgrass managers. Along the way he spent time at the legendary Royal Birkdale Golf Course and enjoyed the experience of prepping for an Open championship. “I learned a lot there just by observing how they made decisions,” Hay said.

Today, Hay has been course manager at the venerable old Northamptonshire club (designed by Harry Colt and James Braid) for seven years. He’s insistent on giving his players a better, healthier, more consistent golf course. “It’s a heathland course — which is rare in this area — but everything had grown in and was overtaking the design. I spent a lot of time educating the members and the committee about what needed to be done to improve things.” That process continues today: “It’s been a journey,” he says.

One big goal: reintroducing heather and grasslands and making it a better home to wildlife. “The club’s image is at stake, but I want to sleep at night and I want to know we’ve done it right,” Hay says.

He began using Revolution® at his previous course and carried it on when he came to Northamptonshire. He started a program approach on greens using it monthly instead of periodically and liked the results.

Next, he expanded Revolution to some weaker fairways. He used Dispatch® on the majority of his fairways and applied Revolution where he had bigger issues. “Those five weak fairways came up to the ‘good’ level so we carried on with Dispatch and Revolution.”

In 2018, the region was hit by two bad droughts. It was unprecedented hot and dry conditions. “The greens were fine with Revolution and fairways were fine until we got a little rain in August and then another drought. Everything struggled except for the five fairways where we used Revolution. It was a night and day comparison and we’ve stuck with Revolution ever since.”

Now his program includes Revolution on fairways at a full rate in early spring and then two half-rate applications on six-week intervals thereafter. The same type of drought-hit again in 2020 and his fairways bounced right back. Success!

He started trying Zipline® when it was introduced in 2019 and tinkered with it until he got it right. “Now I can manage my applications better. I played with it a lot and asked the Aquatrols people a million questions to try to get it right.”

Finally, he settled into a program where he applies Zipline every two weeks if it’s relatively dry and monthly if it’s wet. He relies on his moisture meter to make the right call. “I want data to support decisions, not guesswork. Greenkeeping is all about being out on the grounds and observing turf conditions, but you also need data to back up those decisions with your club.”

What did he learn about Zipline? “It’s a wetting agent that gives you control. If you’re prepared to invest a little time and effort and look at what the weather is doing, you can really maximize the value of it.”

His other water management tool is Fifty90® (which is Sixteen90® here in the U.S.) on tees every 90 days. “It’s an effective solution without being too intense.”

He began to explore Redox a few years ago as he pushed to grow healthier bent. “We’re pretty acidic. If I manage for the bent, I’d get a stronger healthier bent, but the Poa would suffer. It would be yellow and sick and just not happy. I started playing with different things. I knew I needed a trickle of nitrogen, but I couldn’t find the right way to make that happen.”

Then Redox came along. “I’d read a fantastic book years ago called ‘The Secret Life of Plants.’ And Redox sort of fit in with that philosophy. Give the plant what it wants when it wants it, and it will treat you well in return.”

How’s it working thus far? “I would say I’ve had good consistency this year. I’ve used 20% less nitrogen than in 2020 and the blending between the grass species has improved. It’s just one year but it’s been a really productive growing year and we’re now up to 80% bent, 5% fescue and then Poa. We still need to learn more but so far so good.”

He’s adjusting a little for next year and trying even more from the Redox portfolio to find a more rounded solution. “I’m trying smaller quantities of more products.”

He’s using TurfRx OxyCal® and NatureCur at the beginning of the season to stimulate some activity and then he will use them again after his first try with Dryject® next August. He used it following this year’s renovations week and the turf bounced back.

Hay will continue to use TurfRx C-85 and Supreme as the backbone of his program, ensuring a healthy soil biology and nitrogen metabolism.

From May, Hay includes TurfRx K+, Micro+, Si and Ca into the mix. He adds, “Our summers have become quite unpredictable these days, with extremes of heat, rainfall and humidity. Giving the plant the tools it needs to stay healthy and defend against abiotic stress is becoming increasingly important each year that passes. Our swards are getting better every year and my members’ expectations are growing too. I want to give them the best surfaces possible without reaching into the chemical store.”

Overall, he’s using an impressive list of Aquatrols and Redox products. Here’s how it breaks down:

He jokes that 99% of his program comes from one company but he’s energized by what he sees. “A pioneer (he laughs), that’s what a friend calls me. I’m just me doing my thing and trying to do the best I can for the plant. Although, I do like to do the odd trial and experiment. You have to be open-minded and try new things. If you don’t, you’ll never get better.”