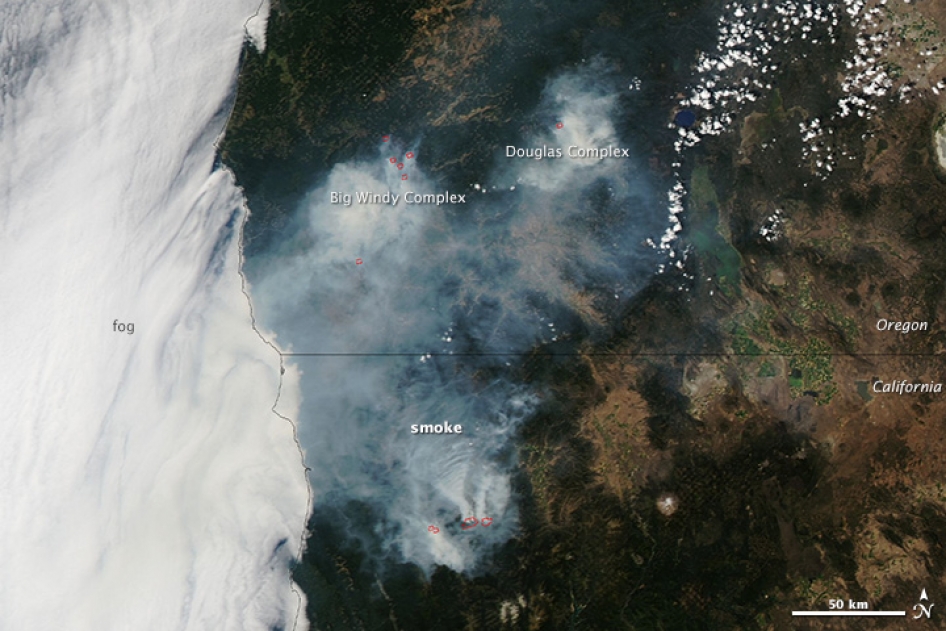 NASA scientists captured a stunning image this week of severe wildfires tearing through Oregon and Northern California. Large columns of smoke are clearly visible in the satellite image, which was taken on August 5, 2013. From NASA:

The affected areas have experienced an extremely dry 2013. The latest US Drought Monitor lists most of Oregon and virtually all of California in moderate to extreme drought conditions: 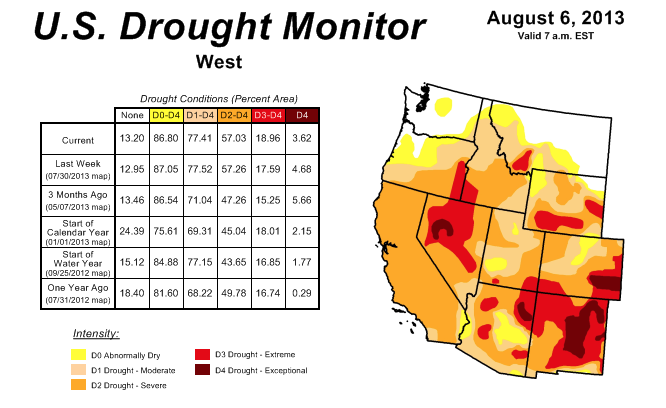 Once the fires have subsided, the difficult process of restoring rangeland will begin. The task of restoring vegetation in post-wildfire locations is often complicated by high rates of soil water repellency. Seedling eastablishment of native species has a failure rate near 90% in many cases.

In recent years, Aquatrols has been working with scientists from the Agricultural Research Service to develop a surfactant seed coating technology that may dramatically improve the success of seedling establishment in these affect areas.

Early findings show that seed coating technology has the potential to dramatically reduce the cost, time, and amount of seed needed for re-vegetation in the agricultural, horticultural, and turfgrass industries. Stay tuned for more information.