Blog
Aquatrols Blog / Beyond The Drop Issue Features / A Man with Passion, Smarts & A Whole Lotta Love for Science
Sep 15 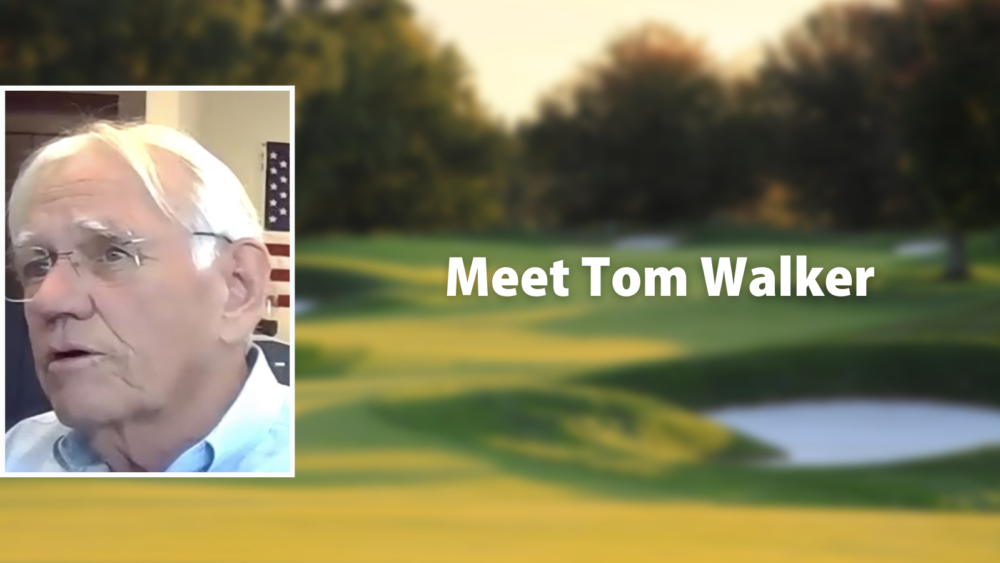 A Man with Passion, Smarts & A Whole Lotta Love for Science

By Pat Jones | The smartest turfhead you don’t know shares his insights about turf, life and why wetting agents matter.

It’s likely you’ve never heard of Tom Walker. He’s not a “name” super…but the elite turfies and the world’s best turf researchers sure know who he is.

I texted Matt Shaffer to ask him about Walker. He called him “super, super smart” and said he “doesn’t follow the herd.” Jon Lobenstine, a neighbor of his in Maryland, described him as “very cerebral” and says he “thinks outside the box.” His Aquatrols® rep, Tom Valentine, flatly calls him “brilliant.”

Walker is a bit of a savant. He’s sees connections others don’t and generally isn’t too concerned with what others are thinking or doing for that matter. Yet others, like Shaffer and a pack of respected turfheads, have made the pilgrimage to spend time with him at his very private course in Maryland.

So you’re probably thinking, how has he achieved this oracle status?

Well perhaps because Walker clearly has a gift for both science and common sense. He also has an incredible work ethic which stems from being a poor kid in the 1950s in Toledo, mowing lawns and shoveling driveways for a quarter. By 11, he was caddying at Inverness Club. By 13, he was hand-raking bunkers on the crew. At 15, he set a goal of becoming the club’s superintendent. He earned his degree at OSU in ’73 but says he learned more from non-turf classes. In 1979, he achieved his childhood goal when he was hired as only the fourth superintendent at the legendary old club.

Over the next 25 years, Walker collaborated extensively with a who’s who of turf scientists including Beard, Rieke, Vargas and Watschke to solve agronomic puzzles at Inverness. He continued that work at his current facility, a course he helped to design and is largely his agronomic brainchild.

When I talked with Walker recently, I expected that I’d have a hard time keeping up with his scientific understanding (I was right) but I didn’t expect to learn so much. Most notably, he opened my eyes to the interrelationship between fairy ring and localized dry spot. And he shared how a fairway wetting agent injection using Sixteen90® and Zipline® has become a staple part of his program.

Why do these other great supers come visit you?

I think the reason people want to come visit is that I enjoy science far more than most people.

And I love sharing things with people. I love showing them good stuff we’ve been able to accomplish.

For the last 15 years there hasn’t been one Poa plant on our fairways, tees or greens.

You have my attention. How?

It’s just good management practices. You keep dense turf so every wheel mark doesn’t end up filling up with Poa.

I also know there are certain days in the spring when you can choke the water off and let everything smoke out. I try to time that with late-stage seed-head production, when the Poa is the absolute weakest and it wants to die anyhow, then you just cut the water off. That and tebuconazole. It encourages bent to spread and helps kill the Poa. You have to time it correctly to get it right, but it works.

It’s probably the best situation in the country. I’m trying to keep it a secret. Shhh. (Laughs)

I have a beautiful facility and a beautiful golf course. I got to work with our owner to build the entire golf course and do some of the design. Any place I wanted a road, we put a road. I designed the buildings here as well. Most people don’t get to do that.

I have absolutely no fear of anything except losing a hundred square feet of turf. I jump out of helicopters and do deep-powder skiing and I cycle everywhere without a thought. But losing turf scares me to death. That’s what I fear.

I release anxiety in my sleep. If I have any form of anxiety, I work through it on an unconscious level and I let it go. I wake up the next morning and I’m good to go. You have to discipline yourself. You walk through it all, you take a deep breath, you think about tomorrow and move on.

Tell me about working with researchers over the years.

Dr. Harry Niemczyk and I tested imidacloprid to control ataenius beetles and grubs early on. I concluded that going earlier made sense. Normally it would have been June, but I went late April or early May. We figured out we could eliminate three sprays with one imidacloprid treatment. I still use it today.

Also Dr. Vargas and I came up with an early explanation of what later was called “Mad Tiller” or etiolation. We saw the tillering and determined that it was Acidovorax avenae, which causes weak bacterial wilt. We felt like PGRs were part of the issue, but it was also climatic. Weather, humidity and moisture played a role but the key ingredient to all that was fertility. Particularly too much nitrogen, especially ammonium sulphate. Vargas and I came up with the cause way back when, and learned how to manage it, but it didn’t become a big issue until way later. Because of that we’ve avoided it here.

What are your thoughts on wetting agents?

The issue boils down to wetting, moving water through the soil profile, and maintaining adequate soil moisture without excess water in the thatch. Getting the water in and moving moisture into the root zone seems pretty simple, right? The first wetting agents were penetrants akin to detergent. Later the pendulum swung to wetting the thatch and rapidly shifted to blending materials to accomplish “all-encompassing results.”

I experiment with different formulators and different materials, splitting fairways, putting materials side by side, and leaving check/control plots in the side-by-side tests. I use wet sites and dry sites. My goal is to find a material that can move water through the thatch rapidly. My ultimate goal is to get these results with predicable longevity. Some materials work okay as a penetrant for short periods of time and excellent at holding moisture in the soil. Sixteen90® is on the cusp of providing relevant longer lasting impact, keeping the surface a bit drier/firmer.

Tell us about the connection you’ve found between fairy ring and localized dry spot where the soil seems sealed off?

When I regrassed greens with methyl bromide, one of the organisms left behind was basidiomycetes. Right there I’ve set the stage for future problems. I started getting these little fairy rings. I should have been proactive at this sign, but I wasn’t and the following year I had localized dry spot like you couldn’t imagine.

So, my best use for wetting agents right now is controlling fairy ring and preventing it from sealing off the soil. That active frame creates the opportunity for the localized dry spots. Wetting agents mixed in take care of it. We use both Sixteen90 and Zipline.

It definitely masks the symptoms of the fairy ring and it definitely enhances effectiveness of the control product. Is the wetting agent enhancing my fairy ring control? Absolutely. There’s value in that.

How are you getting it onto your fairways?

I’m a big believer in spraying and watering in. We always spray in the dew and water in behind it. That gets risky after 10 a.m. So, I thought maybe the answer is injecting it. My irrigation system is pretty sophisticated, and the heads are calibrated so I can get that material out and mixed with water very efficiently.

So, you can put it where you want it through your fertigation system?

It wants to go in the water right away. Why not put it down that way? I know that some experts I trust don’t necessarily recommend injection due to accuracy. Fortunately, I have yet to have a problem with it. Also, we actually have a pretty small staff here so there’s no way I can have people riding sprayers all day long.

Final question: What magic bullet for future turf management could you envision?

The reality is, what I need to do is remove the thatch. When I was in college, I learned about enzymes in an agriculture class. I just don’t believe that basidiomycetes are the only thing that can break down thatch. I think enzymes like laccase might potentially be the solution.

I sit and contemplate a lot. I don’t necessarily pay attention to the available solutions. Like, I know there’s an answer for ABW hovering around some rice paddy somewhere. The solutions are out there. We just need to keep looking.