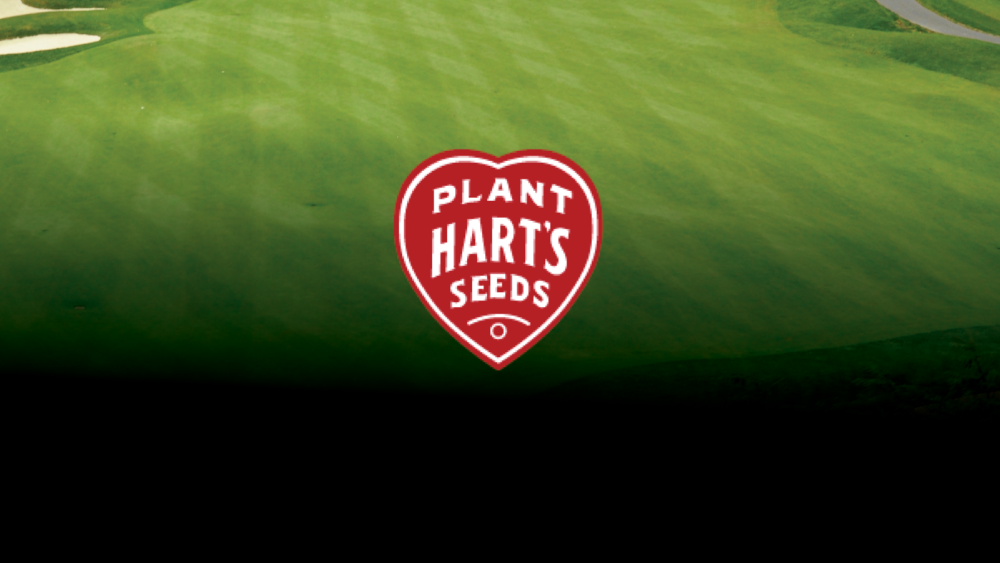 You Gotta Have Hart

By Pat Jones | A half-century-old relationship between Aquatrols and the famed Chas. C. Hart Seed Company only gets better.

It’s rare to find a company that’s served the green industry as long as Aquatrols has been in business, but the history of the Chas. C. Hart Seed Company competes with a history stretching all the way back to 1892.

“We ship garden seed all over the U.S.,” says Bill Hart, who’s led the company founded by his great-great-grandfather for the past four years. “The Connecticut River valley was a great place to grow garden seed and we could ship it out using the river.”

Unbelievably, the early business model was selling seed on consignment. “We’d ship it out to retailers and at the end of the season they’d pay us for what they sold and send the rest back,” Hart says. The model, which caused cash flow problems, drove them to look at other markets to counterbalance the seed business.

They turned to turfgrass in the 1940s and found growth as grass seed demand was spurred by soldiers building homes with the GI Bill. At the same time, golf courses started springing up in the emerging suburbs and the pro-market grew. Along the way they diversified and added early turf seed and management products.

“I think we may have been one of Aquatrols earliest distributors,” says Bill Hart. The relationship between the two companies began in at least 1973. “A lot of people probably thought it was snake oil back then but we knew it worked and we stuck with it.”

Today, the Hart’s Turf Pro group supports superintendents and other professional turf managers mainly in Connecticut, Massachusetts, and Rhode Island with four dedicated reps. The modern Hart’s business is roughly split between garden seed and branded professional turf products. Bill Hart sums it up: “It’s definitely a weird mix but it works out well since the two markets balance each other out. It’s pretty rare that both gardening and turf are down at the same time.”

How does Hart’s compete in today’s gigantic market?

“The personality of our company is a big differentiator. We sometimes get told we ought to sell ourselves harder but we find that we work best with superintendents who value proven products and practices. We also find a lot of our ideal clients are kind of like us…people who keep their heads down and get the job done every day without tooting their horns or doing crazy stuff. They’re doing their own thing and so are we.

We’re a small fish in a big pond but all we sell are branded products that do what they say they do. It has to be a good product that provides you that value for the dollar to make it worth your time, effort and ambition. That’s why Aquatrols is still such a good fit for us.”

What stands out about working with Aquatrols for a half century?

“Everything needs to be proven to us and Aquatrols is so huge on research. I’m so excited about their new Aura Farm research facility which will allow them to do more trials on their own. Just having that support to prove independently how great these products are is so important to us. You can slide it into your spray program and you know it’s going to work and you’re not going to have issues.

We like to have stuff proven to us. Anytime our supply partners can provide us with that it gives you the confidence when you go recommend something in the field that the manufacturer has their back as well.”

Has sticking with branded products been hard in an era of copy-cats?

“You run into ‘just-like’ products that might be okay in an easy growing year but the hard years when it’s super-hot and dry you start to see the difference. Those times are what sets a good manufacturer apart from the ones who aren’t as committed. We try to sell on the positives and not bad mouth others. It is sometimes tough to hold your tongue all the time but that’s what we try to do.”

When you think about the relationship, some of it is products but a lot is the people. Tell us about that.

“Tom Valentine is fantastic and very responsive. Robin Hayes (Hart’s rep in Massachusetts) talks to him almost daily. She’s our top dog for the turf business and she’s like our customers…she does amazing work but she tries to stay under the radar. Robin is also a good example of our personnel philosophy: hire people a lot smarter than you and give them tools, let them do their work, and stay the heck out the way.”

What advice do you have for younger folks considering a sales career?

“The toughest thing for individuals we’ve brought in from the golf business is that they miss being out on the grass. They don’t feel comfortable driving around in a truck all day. It’s not for everyone.

The other thing they need to know is your buddies aren’t just going to buy from you because you’re buddies with them. They already have three buddies ahead of you. They’re going to make you jump through the hoops just like any other new salesperson. You have to grind it out and prove yourself.

Rejection is a tough thing. You’re going to have to visit them 5 or 6 or 10 times and get rejected before they throw you a bone. Next thing you know they start to order bigger stuff, but the rejection is tough. You can’t give up. You have to be persistent.”

What Aquatrols tools been most successful for you in your region the past few years?

“Zipline has absolutely been a great product for us. Customers aren’t chasing hot spots on fairways as much because of it and it’s great on greens. It keeps them firm without wilting. We’re also seeing more people using it on approaches to keep them firmer. All their hackers love it because it increases ball roll and they can scoot up on the green more often. Customers also say their color pops too with Zipline because the AquaVita component helps to release available nitrogen within the soil.”

Is Revolution still an important tool in the area?

“We’re still seeing really strong Revolution sales. Some of our best clients are using it on greens but also tees and fairways. If you’re using Revolution on fairways, you’re obviously committed to the product. They use it for a while and eventually it’s kind of a no-brainer to use it tee to green, particularly on problem fairways. The past few years we’ve seen unprecedented heat and drought in the Northeast and customers were amazed at how well they made it through the stress of the summertime with it.”

How about Aqueduct Flex?

“Every member of our sales team carries a few bags of Aqueduct Flex in their truck. As they run into folks with LDS or wilt, they’re able to help immediately. It is an excellent solution because supers and crew members see a problem and they can hit that spot with the Flex and the irrigation picks it up later. It’s a great top-of-mind product.”

Final thoughts about the “new” Aquatrols?

“I can’t say enough good things about the company and I couldn’t be happier with the relationship or the way things have gone with their new team. It’s a perfect fit for Hart’s and our customers.”