Blog
Aquatrols Blog / Beyond The Drop Issue Features / BTD July 2021 / Growth On and Off The Turf: A Q&A with Phillip Fischer
Jul 27 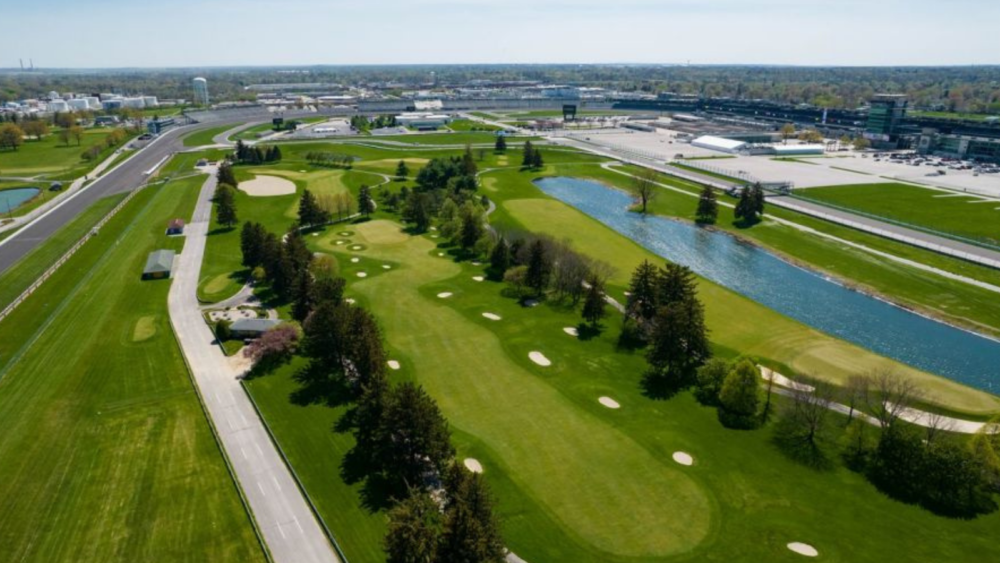 Growth On and Off The Turf: A Q&A with Phillip Fischer

Phillip Fischer took his turf talents — and his experience with Redox products — north to the famed Brickyard Crossing course at the Indianapolis Motor Speedway. He reflects on that move and more in this special Q&A.

Phillip Fischer was destined to be a bit of a non-traditional turf head: “I grew up on three acres and tried to build my own course when I was a kid. I took my dad’s push mower out and scalped a 3” fescue lawn down to a quarter-inch putting green. He wasn’t happy.”

His skills improved a bit from there thanks to a high school job at nearby Evansville CC, a turf degree from Purdue, and time as an assistant for Matt Weitz at the famed Victoria National GC. He landed his first super job at Oak Meadow CC and he seemed like he was ready to settle down for a career position in steamy southern Indiana.

However, that changed five years ago when a great career opportunity for his wife took the family 300 miles north to Indianapolis. Uprooted, he decided to try something new and took a sales position with Tenbarge Seed, a great local supplier then owned by our mutual friend Chad Will and his family. While at Tenbarge, Fischer found sales success with Redox, a product he’d used for years. But like a significant number of turf pros who try sales, he missed the daily course culture:

“I still had a passion for it,” says Fischer. “I needed that morning call in my life. I always liked the idea that there’s a whole crew of people there relying on you to show up and help them. I just knew that I needed to be on a team and work alongside people. Success in sales was great but it didn’t light the fire under me the same way.”

Thus his non-traditional path continued when he accepted an assistant position in Indianapolis. But this was hardly a step back: he and then newly promoted superintendent Jason Stewart would be overseeing Brickyard Crossing – one of the world’s most visible and interesting courses and the host of an LPGA event.

In just a few years, their team’s role has expanded to include caring for the entire 1,000-acre property. New owner Roger Penske has been a fan of their work.

We caught up with Fischer a few weeks ago to talk about his non-traditional path, how his turf priorities have evolved, and how Redox continues to be part of his success story.

You chose to explore a career in sales when you were still pretty young. What did you take away from the experience?

Product knowledge, relationships, and respect for those suppliers who support us. We need them. We can’t do it alone.

From an agronomic standpoint, I got to see such a wide variety of courses out there and I was so impressed with how some with very modest budgets and three or four guys were delivering just great conditions. And I also saw bigger budget courses that didn’t. I think it helped me learn how to do more with less. And I became educated about the products I was most interested in. Being able to talk one-on-one with the scientists and people who developed the products was enormously helpful.

Seeing all those frugal but successful supers must have been a great education.

It was. I believe in frugality. Whatever resources you give me I’m going to get the maximum value out of it. We all work for Roger Penske and he’s an amazing businessman. I want to create a great return for Mr. Penske’s money.

What intrigues people about Brickyard Crossing?

The Indianapolis Motor Speedway is a piece of history. And then there’s a high-end, Pete Dye golf course that rolls right through the middle of it. That perspective alone is pretty neat.

But what blows other supers away is that we now have 250 acres of short grass and a 1,000 acres total to manage. For me to see my entire piece of property it takes an hour by truck. We mow anywhere from .10” to 6” across a lot of land. So the only way to succeed has been to build a great team here. We now have 70 employees and my role these days is mainly managing them so they can get it all done.

You’ve had more than a decade of experience using, selling, and now using Redox products again. How did that get started and what have you learned along the way?

We starting using Redox around 2010-11 at Victoria National. It was the era of bacterial wilt so we were looking for alternative solutions and decided to try it. By 2012 we were on a full Redox program at VNGC.

We used to put down too much nitrogen back in the day. We were pushing playing conditions and seeing some plant failure and starting to question what we really needed and started cutting back. I am all for eliminating unnecessary things.

I like using Redox because they’re not big fancy products with a lot of nitrogen. They’re very element-based. It’s not some big smorgasbord of nutrients. You get to pick what you need.

Would you call it frugal?

It’s automatically perceived as expensive by some but if you’re providing high-end conditioning, it’s a staple. If you work with it and figure out your rates and timing, it gets very affordable. The cost now has also been offset because we’ve been able to use less and less as we’ve fixed more and more of our problems.

Also, it’s extremely predictable. The bottom line is I’m going to do what I know works for me.

So wait you’re using less than before?

As a former salesperson, I actually feel kind of bad for buying less than I used to but I’m not replacing it with anything else. We’ve reached a place where I’m very happy with the conditions. Redox helped to fix a lot of our original issues so now we don’t find ourselves behind the 8-ball very much. Now it’s me playing with rates, figuring out what I like and what’s going to get us to the end game.

I’ll also use reactionary products as needed. For example, If my greens are struggling or it’s getting hot, we’ll put out the TurfRx NatureCur or OxyCal and reset them before the hot weather comes in.

You sold it in the past. Why did some supers not try it?

The big knock on Redox was “why do I need phosphorous or calcium when they might be available already in the soil?” You can debate that but, for me, you come up with a program that works and keep working it.

So sum up why it works for you.

It comes down to my trust in the Redox brand. It’s really fairly simple. It’s a very basic program. It’s nothing crazy. I work with an independent agronomist and we dig into the labels and they see the fit too.

It is ironic that I’m a bigger fan of Redox than ever but using less than I have in years. But I couldn’t do it if we hadn’t already fixed problems and built our fertility with Redox.

So I’m still constantly taking stuff out of the tank to see if I really need it. Occasionally I regret it but sometimes I find out we can skip it. That’s frugal Phil.

Final thoughts about working with Redox and Aquatrols?

I thought it was a very good collaboration between the two. I was a big Redox fan before and I was already a big Aquatrols user as well. So it combined two companies I already had a lot of respect for. And Greg Lovell has always been a great rep for us. He’s super responsive. Will drop everything to answer questions.

I think it’s a win for them and for us. I just can’t wait to see what’s next as things move forward.