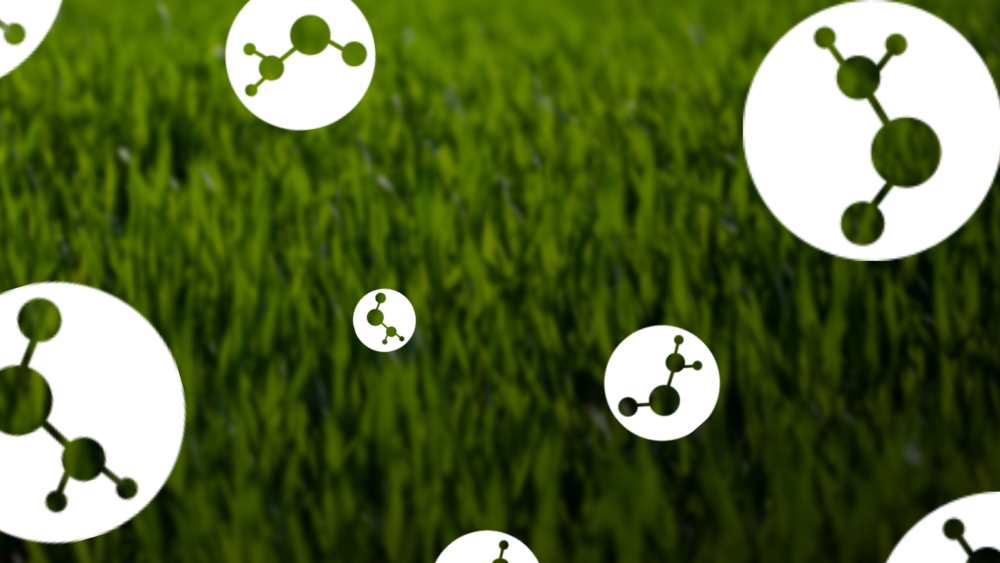 It’s In The Science, Not Sales

By Pat Jones | The Atlantic region of Canada presents unique agronomic and business challenges for golf courses. Callum Haughn of Halifax Seed uses the experience he gained as a turf pro – plus the Aquatrols portfolio – to succeed despite the conditions.

Imagine, if you will, maintaining a golf course with almost no play, an unlimited budget and a single owner who wants everything clean, organized and perfect. What could you learn from that once-in-a-lifetime experience?

Callum Haughn had that privilege as a turf manager at a super-private course in Nova Scotia with a membership of one and typical play of 280 rounds a year. “I learned so much working for and with our owner there for seven years. He gave us the ability to do anything – because money was no object – but instead I tried to figure out how to accomplish our goals without spending a gazillion dollars.”

That experience was part of what shaped Haughn as a turfhead both on and off the golf course. Now, as an agronomist for Halifax Seed Company he’s using the knowledge he gained in the field to help his colleagues around the Atlantic area of Canada make the most of a short season and a menu of options that’s often more limited than in the U.S.

Haughn covers Nova Scotia and Prince Edward Island, while his partner Ryan Sherry covers the rest of the region’s 300 or so courses. How do they make it work?

“We have been successful around here because we’re former supers who have been in their shoes. So, for us, it’s science, not sales,” he says.

The path for a kid from Mahome Bay, Nova Scotia, to Fox Harbour Golf Course where he worked for superintendent Aaron Little. “That was probably the turning point for me. I was a 20-year-old kid who had no clue what I wanted, and Aaron took me under his wing. He convinced me to go to Guelph. He also kicked me out the door later because he knew that was the best thing for me.”

That’s how he ended up at the uber-private, one-owner course. “Everything had to be perfect all the time. It was pretty hard to juggle that with a minimalist, fast-and-firm approach but we tried. We started using moisture meters and that’s when we introduced Revolution®. That took a lot of the hand-watering pressure off of us.”

Later he spent time at Islington Country Club in Toronto as an IPM specialist but he and his girlfriend (now wife) missed the countryside. He returned to Halifax as an assistant at Lost Creek Golf Club and was able to attend both Green Start Academy and the Canadian Sygenta University program.

He’s now had five years in sales and has helped to dramatically grow the professional business for the 155-year-old supplier of all things gardening in the Atlantic region. “We’ve earned respect by taking it slow and really talking them through the issues. Oftentimes, it’s less about products than a process that has to be learned.”

They’ve also earned trust by keeping an eye on the bottom line for customers. “By helping them agronomically we’re often saving them money on labor, or their fungicide program, or whatever. When we can do that, they might be able to get a new set of cups or a new set of flags or maybe even put a new roof on the clubhouse. Maybe the money doesn’t come to us but it’s helping these courses get better, so that golfers think they’re better, and they make more money, and we all succeed.”

“We don’t do pitches. We ask questions. Our customers tend to be very open to collaborating with us. It’s all about different soils, different situations and using the different technologies that Aquatrols puts out.”

What’s your take on Revolution?

“It’s the cornerstone of the Aquatrols program. Once supers are willing to participate in the process of learning how Revolution can help you water your turf effectively, the rest of your programs are going to start to flourish from there. It’s a no-brainer.”

What’s the primary value you see in Revolution?

“Allowing you to keep your surfaces drier and still have moisture in your rootzone. I preach moisture meters and Revolution stabilizes that soil so that you have time to see what’s happening and respond. Moisture meters make a huge difference. For some it still seems like a giant task to do TDRs every day. I carry one with me now when I do ride-alongs. We can make a lot of progress in terms of diagnosing individual greens. If you can keep the moisture at the same levels, the rest of your program will work more effectively because all 18 surfaces are largely alike.”

What else have you discovered works for your customers?

“But I think Aqueduct Flex has huge potential on the landscape side too. I started introducing it a few years ago with landscapers. Think about this: the line between the soil being too moist for chinch bug damage is so small that simply by adding Flex we can finally hold enough moisture in our soils and thus help with insect problems, or with fertilizer getting down into the soil. Now the roots will penetrate more and your microbial populations will come to life. That’s a pretty exciting prospect considering the limitations we have on home lawns and landscapes up here.”

“Most lawns here are just weeds and rocks. I used Flex on my lawn this summer and it was fantastic. And we spent a ton of time out there because the lawn is a family surface. People lose sight of that. The lawn just connects you to nature. I’m genuinely excited Flex could be part of a solution that lets us do that.”

Why is Halifax Seed so special?

“We’re committed to the well-being of the people – the customers – who are our partners. We’re a family-run company that’s been up here for 155 years. We’re really close with our customers. In the Maritimes, you respect your neighbors. That’s part of the East Coast charm. We’ve grown a lot but we’re still that same local company that’s here to help our customers achieve success.”

Final thought…what role has Aquatrols played in your success?

“I firmly believe that Aquatrols is the foundation of success for all of our other programs. Everything works better based off a solid wetting agent program. Also, it’s so great to support a company whose goal is to solve a serious problem in the world: water conservation. It’s a really rewarding feeling to work with a company that makes me feel like I’m helping the world at the same time.”