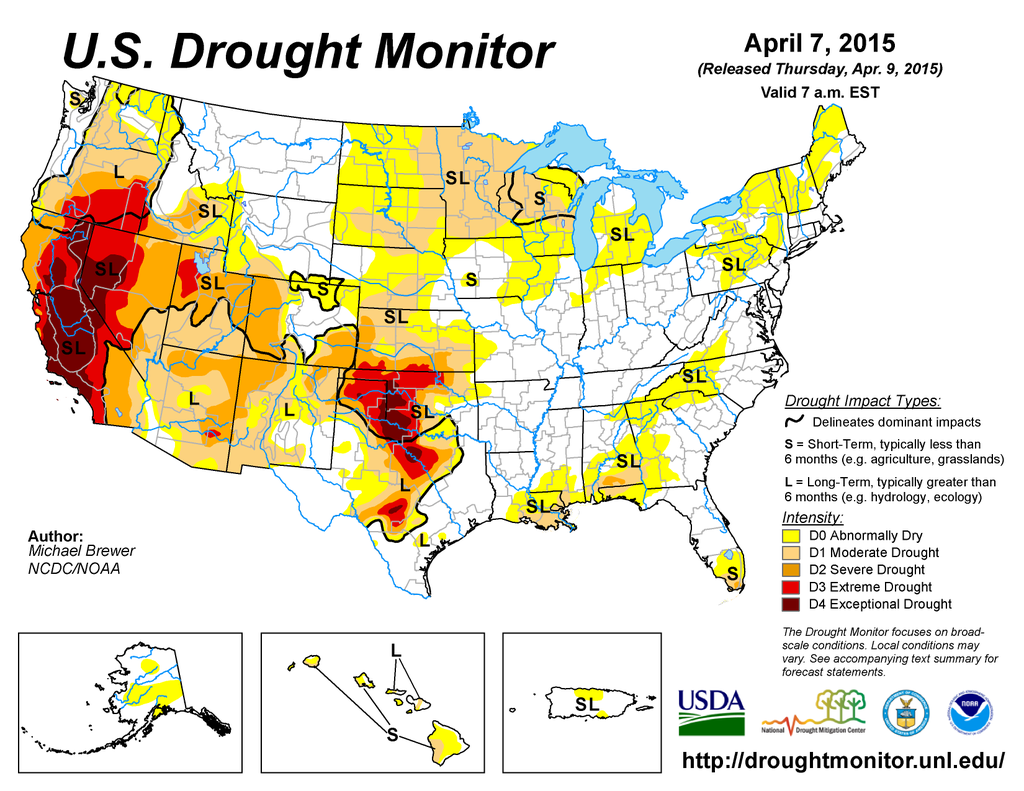 Soil Surfactants and Drought: A Piece in the Water Conservation Puzzle

California remains in the clutches of a crippling drought, which has now stretched into its fourth year. 98% of the state currently faces some form of drought with 66% of California under extreme or exceptional drought conditions, according to the United States Drought Monitor.

As the calendar flipped to April, Governor Jerry Brown outlined unprecedented water restrictions, mandating that water use statewide be cut by 25%. Mandatory water use restrictions at the state and local level present an added challenge for California’s turf managers, many of which had already enforced voluntary water restrictions.

USDM 4 7 15: Still just under 37% of lower 48 in #drought, with slight intensification. pic.twitter.com/1izMvRJRcL

Fortunately, there are many tools available to turf managers facing drought conditions. The GCSAA, for example, offers an extensive drought communication toolkit to its members. In addition many independent turf consultation firms offer strategies for water conservation online.

However, one of the most overlooked pieces in the water conservation puzzle is the use of soil surfactants. Adding a surfactant like Revolution on greens, and Dispatch, Aqueduct, or Primer Select on fairways and roughs can help to achieve water savings without sacrificing turf quality or playability.

Aquatrols soil surfactant programs have proven to reduce water use by 25% on cool season grasses and up to 50% on warm season grasses. A replicated study at the Center for Turf Irrigation and Landscape Technology at CalPoly University shows Dispatch maintains higher volumetric water content in the soil even at significantly reduced evapotranspiration (ET) replacement. Plots were irrigated at 100% for the first month and reduced to 70%, 30%, and 10% ET replacement respectively in each month following.

The results of the trial showed that Revolution increased turf’s ability to withstand fluctuations in moisture availability, maintaining high quality turf even when irrigation was reduced by 60%. 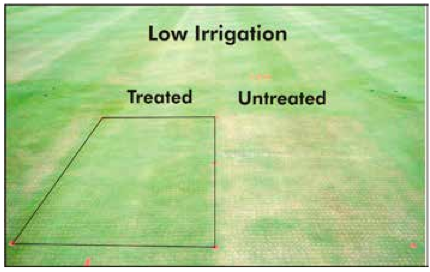 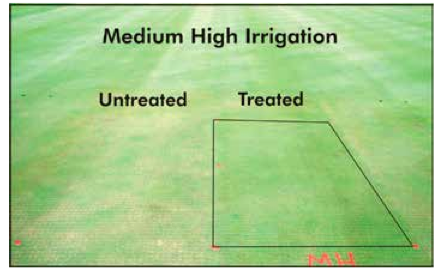 By improving the infiltration and distribution of water into the soil profile, Aquatrols soil surfactants ensure that turf managers are getting the most out of their applied water. The result is healthier turf that is better able to defend itself against the stresses brought on by drought conditions.

Ken Mauser is the Aquatrols Territory Manager in the western United States. In his 23 years at Aquatrols, Ken has seen his share of dry spells, but nothing quite like the current situation in California. He is continuing to work with distributor representatives and end users to communicate the central role an Aquatrols soil surfactant program can play in meeting water conservation goals.

“Aquatrols has been helping turf managers save water through improved water use efficiency programs since 1955. The current drought situation only underscores the urgency involved with saving water in the turf industry by any means available. For many years, Aquatrols soil surfactants have proven to be the best and most reliable in the industry. A sound water conservation plan with an Aquatrols soil surfactant included will make it possible for turf managers in California and elsewhere to achieve their water conservation goals much more easily,” says Mauser.